CA’s Milton Keynes team spent their summer working with GRAHAM, Essex County Council and Highways England on the new M11 Junction 7A scheme, which will create a new east-west link between Harlow and the motorway. Some of the highlights of this project are this Bronze Age barrow ditch, which was excavated and recorded prior to construction. 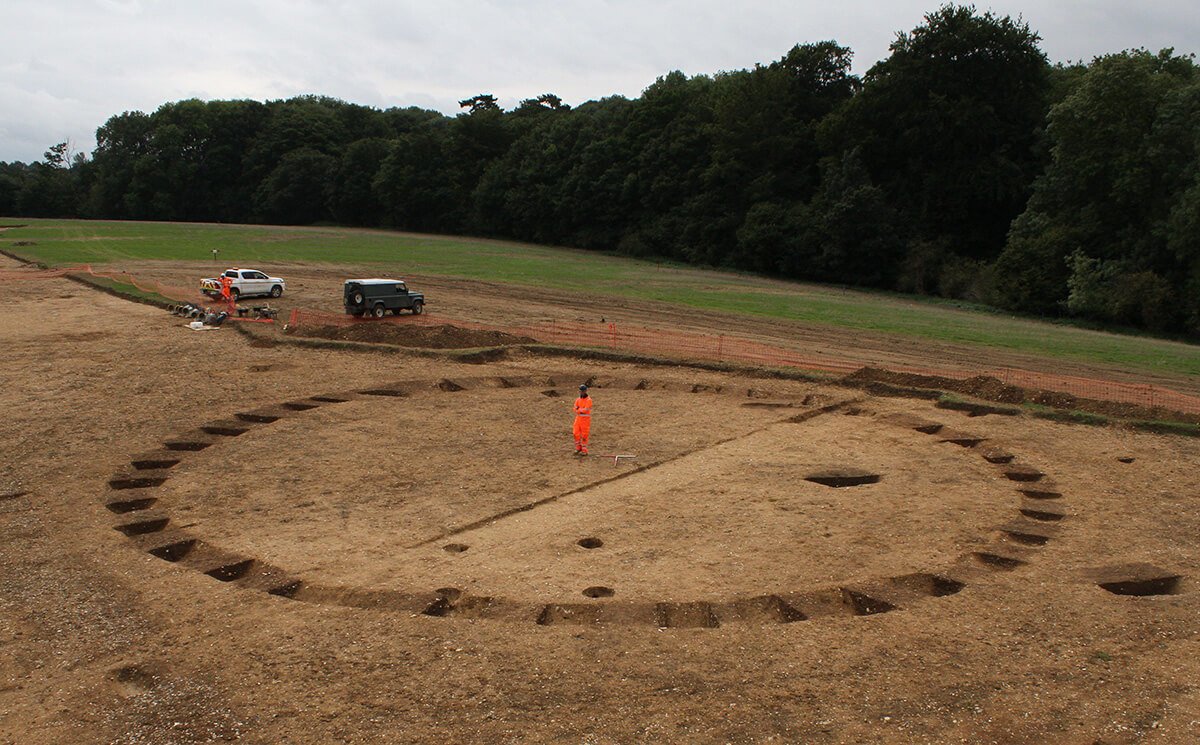 In the same area of the excavation, the team also found a number of large pits containing a small hoard of Iron objects – interestingly, these could be evidence for ongoing ceremonial activity on the site of the barrow, hundreds of years after its original construction. 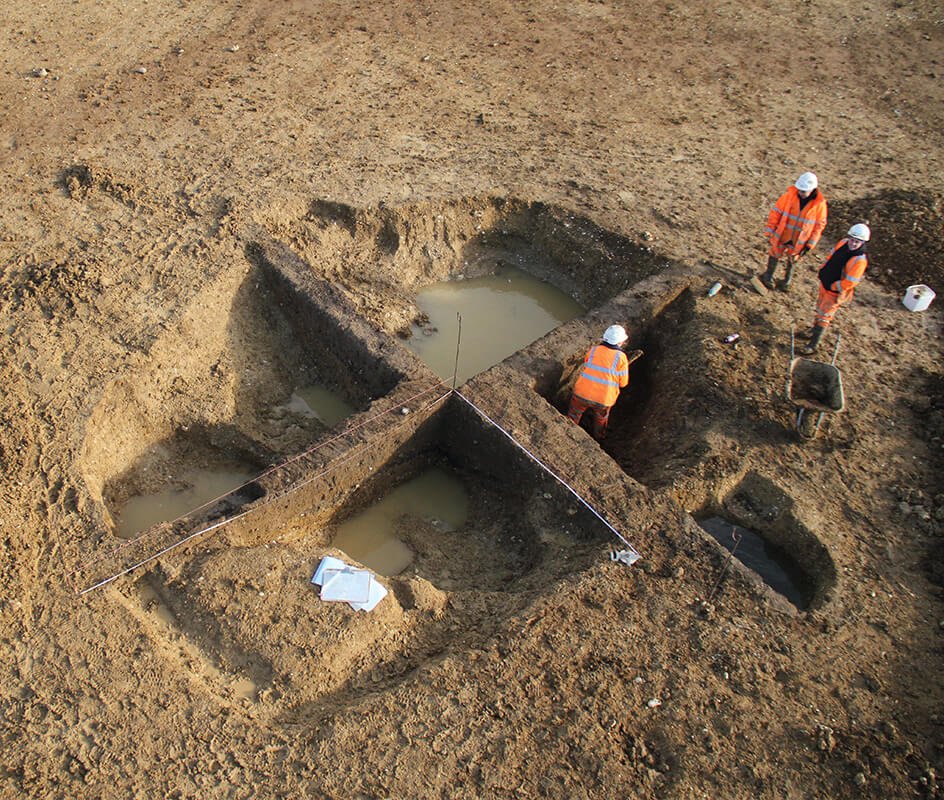 An enigmatic four-post structure was also recorded, which appeared to pre-date the barrow ditch and could be from an even earlier period of ceremonial activity.