This beautiful, cast copper-alloy plate brooch was found at a site located along the Fen Edge in Suffolk. It’s in the form of a swimming duck and has an oval-shaped body with elegantly formed head and a charmingly curved beak. The underside of the brooch is concave and hollow: beneath the tail are the remains of a hinged pin and lug, with an integral catchplate situated below the head. The duck’s wing feathers have been represented with enamelling that creates horizontal bands of colour across the brooch – this would have been clearly distinct when the object was worn. 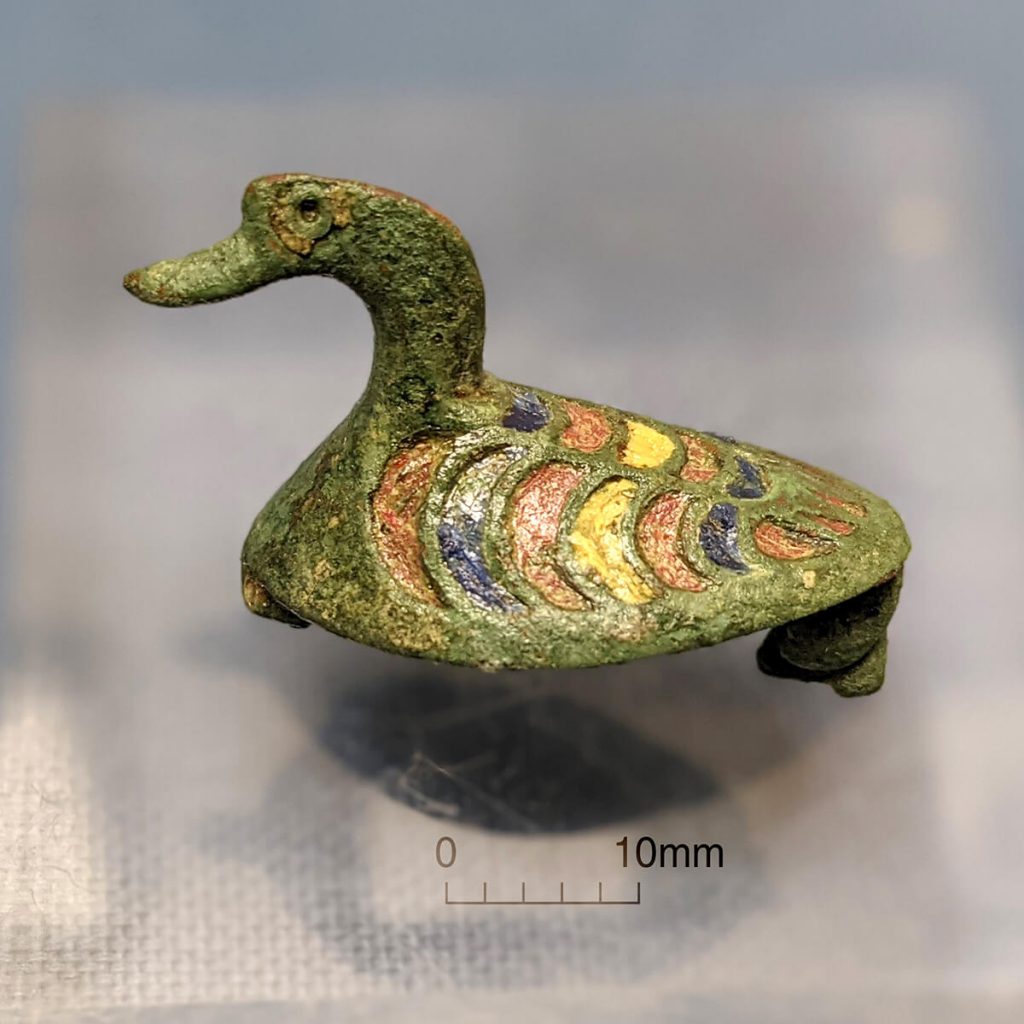 The technique of enamelling used on the brooch is known as champlevé, in which the cells created when the brooch was cast are filled with vitreous enamel.  Vitreous enamel is produced by fusing either powdered coloured glass, or colourless glass mixed with a pigment. It is then heated, usually at temperatures between 750 and 850 °C, so that the powder melts and flows to fill the cells. To create the blue enamel, copper or cobalt could be used as the pigment; for the red enamel, copper could again be used but with variation to the levels of oxidation, and for the yellow enamel, either antimony or lead could be added.

Studies have shown that although enamelling was a decorative technique present in Britain before the Roman occupation, it did not fully develop until the late 1st century AD, reaching its peak in the 2nd century. Our zoomorphic plate brooch has an early Roman date, probably 2nd century AD (c.100 – 200 AD).

Many zoomorphic brooches worn during the Romano-British period are thought to convey beliefs or reflect values of the wearer. Waterfowl such as this duck are thought to be symbols of honesty, simplicity, and resourcefulness. As some ducks are migratory it is also possible that the brooch was intended to represent transition, change or movement, possibly a reflection of the wearer’s way of life.