During early 2018, an archaeological excavation took place on land just to the east of Tiverton in Devon on the gently sloping valley bottom of the River Lowman, an eastern tributary of the River Exe. The excavation was carried out on behalf of Barratt David Wilson Homes, who had been granted planning permission to develop the land for housing.

First visible as a cropmark on aerial photography from 1984, the excavation confirmed the presence of a Late Iron Age to Early Roman square enclosure, about 10m2 and with an entrance to the north-east, which contained a pit and a pit/possible grave, although no human remains had survived. An row of postholes in front of the enclosure entrance was thought to represent a fence or palisade, and a post-medieval field boundary and field drain were also identified. 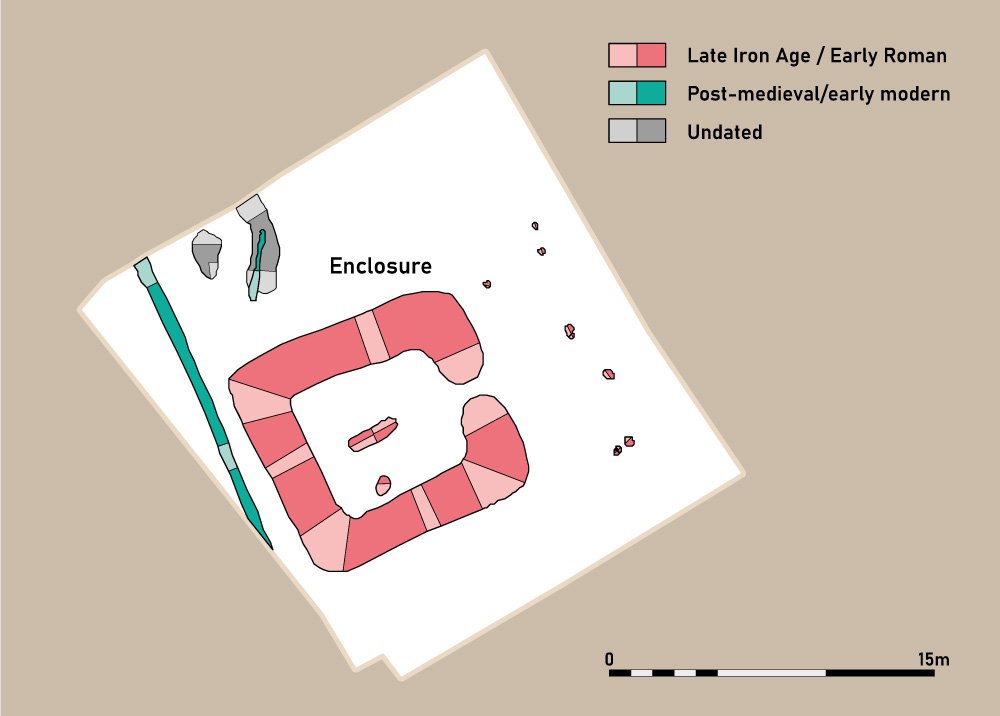 To gain further dating evidence, Optically Stimulated Luminescence (OSL) dating samples were taken from two middle fills within the ditch. OSL dating is a technique that dates the last time mineral sediment was exposed to light; this in turn helps to date the feature from which the sediment was taken. The lower of the two fills produced a date of 280 BC – AD 150, suggesting the ditch was initially filled during the Middle/Late Iron Age to Early Roman period. However, the fill of a recut in the top of the ditch produced an unexpected early medieval date of AD 670 – 970. No other early medieval material was recovered from the site and, although potential anomalous, the OSL date suggests that the monument was potentially long-lived, perhaps being initially constructed in the later part of the Iron Age but being maintained into, or reused during, the early medieval period. 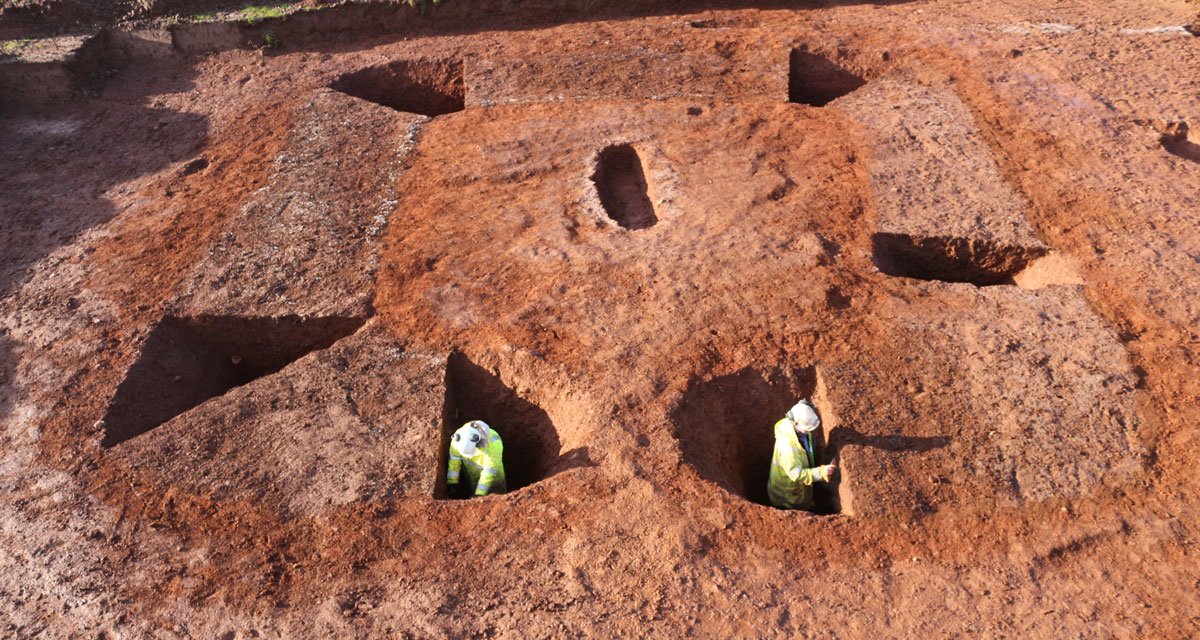 This funerary enclosure was similar in morphology to five enclosures previously excavated at Kenn, to the south-west of Exeter, one from the Discovery Quarter within Exeter, and two at Stoneage Barton Farm in Bishop’s Lydeard, Somerset.  However, this example is significant in two main respects.

First, its apparently isolated nature is unusual, so there may well have been more features in the locality. Other examples within the region have been within known cemeteries (Kenn and Stoneage Barton Farm) or close to significant buildings, e.g. from the Discovery Quarter, which was not associated with any other burial monuments but was situated close to an earlier building interpreted as a praetorium (in the sense of a military headquarters building), which had gone out of use prior to the construction of the enclosure.

Second, the dating of the enclosure at Uplowman Road, although based partly on a possibly anomalous early medieval OSL date, compliments the scientific dating from the enclosures at Stoneage Barton Farm and the cemetery at Kenn, and alongside the dates from those sites has the potential to contribute to a firmer scientific chronology for this class of monuments in the region.