Since 2015 Cotswold Archaeology has been involved in a three-year community archaeology project – “Revealing Boxford’s Ancient Heritage”. A joint project involving the BHP (Boxford History Project), the Berkshire Archaeology Research Group and CA, the project was funded by the Heritage Lottery Fund and involved investigating three closely linked Roman sites near to the village of Boxford in West Berkshire.

Supported by our archaeologists, the local community groups and volunteers explored the function, status, chronology, extent and relationship of the three sites, which represented a significant focus of high-status Roman occupation in the Lambourn Valley. During the first year of the project in 2015 the investigations uncovered a large villa and bath house, with a farmstead following in the second year. In 2017 the project moved to another smaller villa site at Mud Hole, which led to the exciting and unexpected discovery of a mosaic floor with what appeared to be unique iconography in Britain.

Due to time and financial constraints, the mosaic could not be fully exposed in 2017.  However, the level of interest was very high and the BHP started fund raising to allow for another season of investigation. Taking advantage of a window in the agricultural cycle, this extra season’s work took place in the late summer of 2019.

We decided to open two trenches in 2019. The first was aimed at revealing the full mosaic and the area immediately adjacent to it. The second was focussed on the centre of the villa, where we would check for evidence of further mosaic floors, but also hope to get evidence of the dating and character of the villa building. It is true to say that the results did not disappoint.

The mosaic turned out to be even more exciting and spectacular than we had hoped. It became clear very quickly that the unique iconography exposed in 2017 continued across the floor, and interpretation has revealed a more detailed cast of characters from Greek Mythology than anyone expected. Adding to the Bellerophon and the Chimera story, 2019 revealed that a large part of the floor contained the story of the Triumph of Pelops. 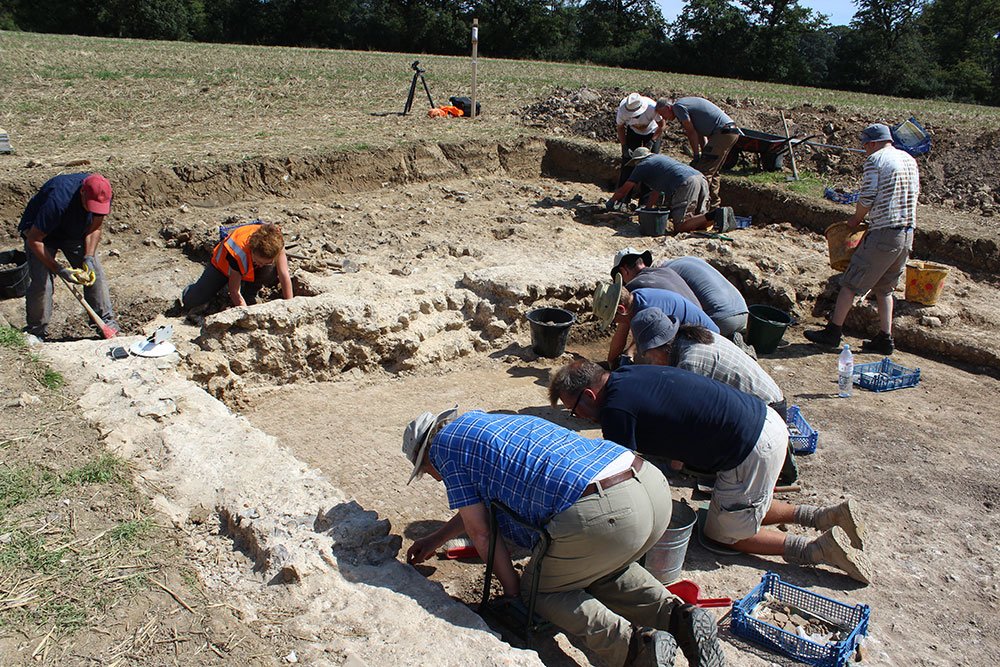 This story involves Pelops seeking the hand in marriage of Hippodamia, the beautiful daughter of King Oenomaus. The king challenged all suitors to a chariot race and, when they inevitably lost, the losers were beheaded and their heads displayed in court. Pelops, aware of this, sabotaged the king’s chariot with the help of the royal charioteer, Myrtilus, on the promise of a night with the princess and half the kingdom. Having won the race, Pelops reneged on his promise and killed Myrtilus, but not before Myrtilus could issue a curse on Pelops and his descendants.

The mosaic also contains an inscription, which, although damaged, has been interpreted as reading – ‘Long life to you, Caepio, with your wife Fortunata’. This suggests that we have the name of the villa owner and his wife, a unique feature on British mosaics.

It was clear that the mosaic had been damaged by fire in ancient history, but it was also evident that the floor was kept clean and clear of domestic rubbish. On the outside of the structure there was evidence of rubbish being dumped against the walls of the building.

Trench 2 produced no evidence to suggest that a mosaic was present in the central room of the villa, although there was some evidence that the room was floored with plain clay tiles, which had subsequently been lifted and removed. Plain rammed chalk floors appear to relate to very late activity. It would also appear that a new opening had been punched through the rear wall of the structure and, as with Trench 1, there was extensive evidence for the dumping of rubbish immediately outside the building.

In the corridor to the front of the room there was evidence of a post pad, suggestive of an attempt to keep the roof up. This might indicate that towards the end of the life of the structure repairs were low-key and short-term. 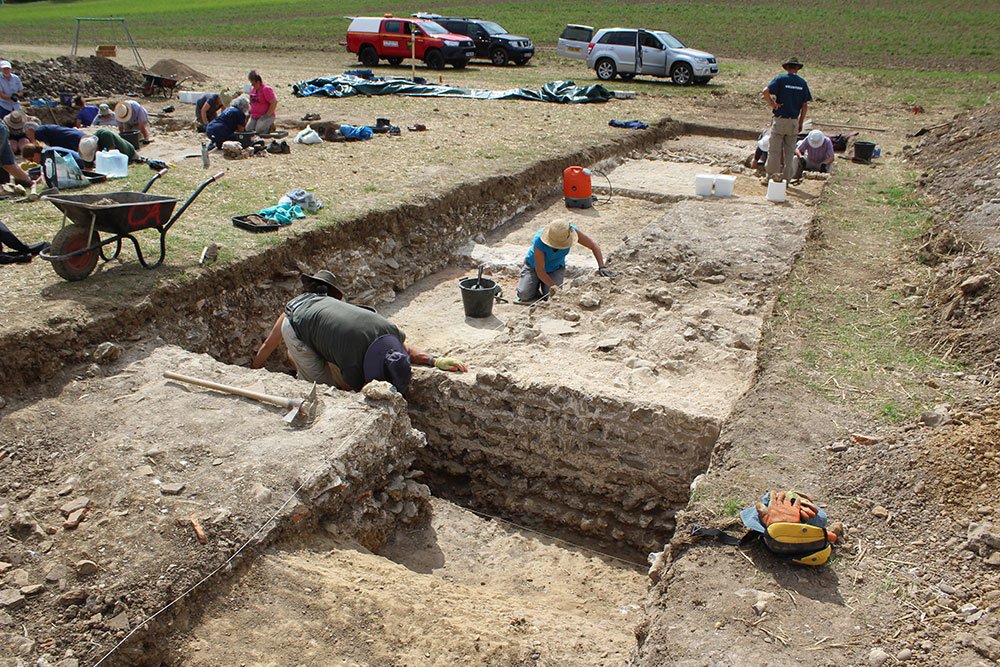 The public interest in the site has been substantial and of a scale that has allowed a book detailing the project to be produced at very short notice. ‘The Boxford Mosaic: A Unique Survivor from the Roman Age’ can be purchased in local bookshops in Newbury or via Countryside Books.

A more detailed report on the archaeological findings, following analysis and interpretation of the material recovered, will be produced later this year.

The BHP have published some excellent photographs of the works underway on their website.

To find out more about each season of excavation check out our Boxford Community dig page. 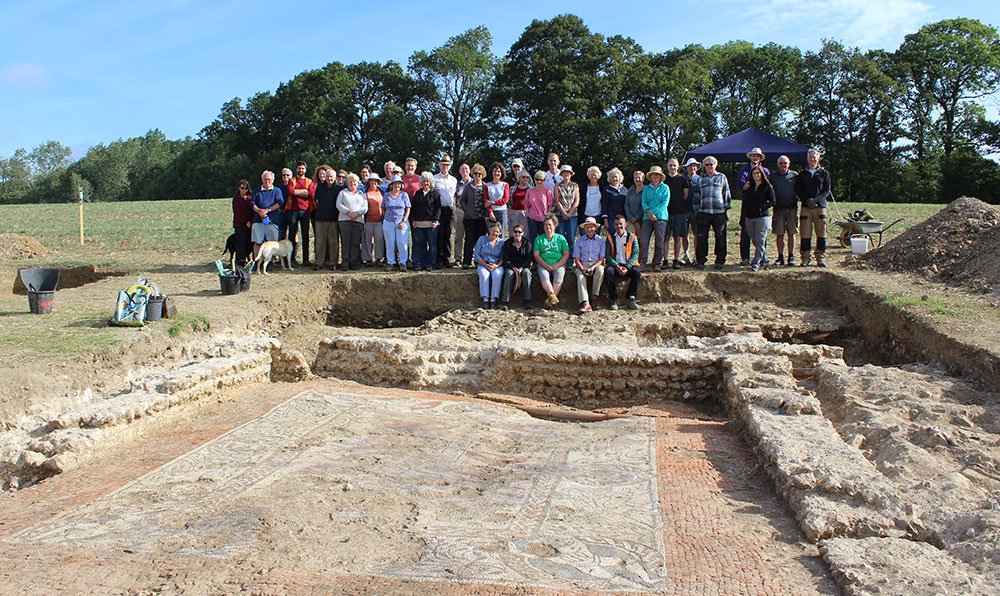