Many of you will already know of our ‘Reports Online’ website, the online library that makes freely available pretty much every CA fieldwork report that we’ve ever produced, with new reports added as they become publically available.

Frequent visitors may also have noticed that the website hadn’t been performing too well recently – due to the increasingly large number of reports hosted it had become rather slow to load. It also had a search form that wasn’t very user friendly and it didn’t work well on mobiles devices, so in 2018 we decided it was time to revamp the website – and we are pleased to announce that the new ‘Reports Online’ website was launched just before Christmas!

The new website is available at the same address (https://reports.cotswoldarchaeology.co.uk/) or via our main CA website. It’s faster, better designed, has an improved keyword search and (we hope!) is far more user friendly, particularly if you are using a mobile device. But don’t just take our word for it – visit the site for yourself and let us know what you think of it. All feedback is gratefully received: we are committed to making our work as widely accessible as possible, so if you discover something isn’t quite right then please do let us know and we can try to fix it, just email enquiries@cotswoldarchaeology.co.uk 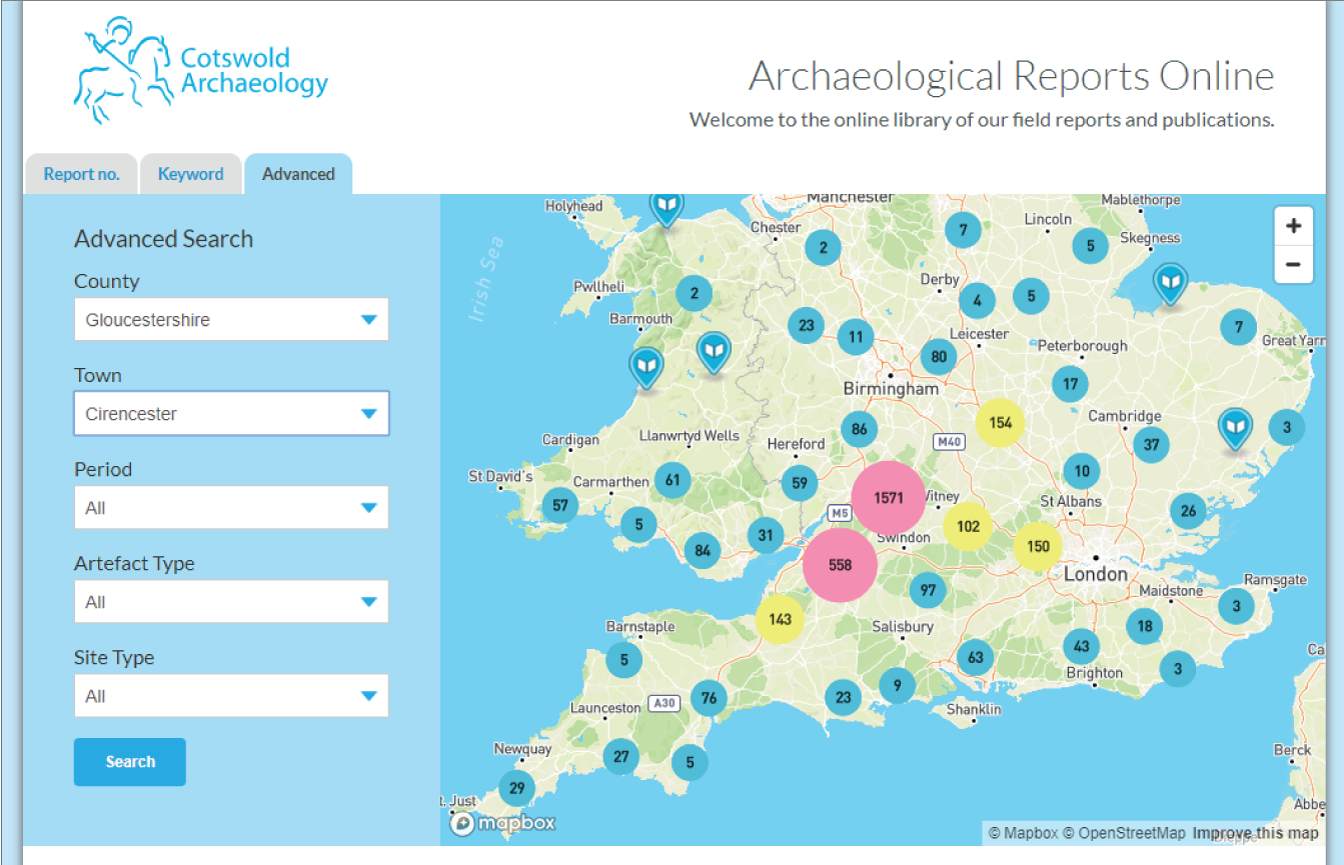 Cotswold Archaeology is a registered educational charity, and as such it is governed by a Board of Trustees who also serve as Non-Executive Company Directors. We now have up a vacancy on our Board and would like to hear from people who are interested in being considered as a Trustee.

We are particularly looking for someone who has experience at a senior level in a trading company, ideally one that operated from multiple locations. A background in property development/construction/land use planning would be ideal, but we are happy to hear from people with backgrounds in other industries.

Applications from women are particularly welcome, as they are currently under represented on our Board. We are also particularly interested in people who live or have worked in the areas served by our Andover, Exeter or Milton Keynes offices.

Trustees typically contribute 4-8 days annually to the affairs of the Trust and involve attendance on between two and five meeting days per annum. Most meetings take place in Kemble, near Cirencester, and occur during the working day. At least one meeting per year takes place at one of our other offices (Andover, Exeter or Milton Keynes). Outside of Board meetings liaison is conducted by email and telephone.

No remuneration is offered for performing the duties of a Trustee, although all reasonable expenses will be reimbursed.

You can find out more about Cotswold Archaeology on our About Us page.

If you think you might be interested in this opportunity please contact us by email at careers@cotswoldarchaeology.co.uk or telephone Liam Coates on 01908 556033, and we will send you further information and details of how to register an expression of interest. The deadline for receipt of expressions of interest is 5pm on Thursday 28 February 2019.

Wednesday 17 October 2018 was a red-letter day for our Exeter team. After much searching we have finally moved into new larger premises, less than 5 minutes from our old office!

The new office gives us much greater flexibility, space to grow and the ability to deliver a wider range of services.

Fortunately we were able to take on the new office a few weeks before our move date so the process of moving over has been relatively pain free and has allowed us to function as normal through the process.

We will be settling in and making the most of the extra space we now have, there is even talk of buying a table tennis table, so we will all be fitter and have better hand – eye coordination!

Our charitable status is an important aspect of Cotswold Archaeology, but we can’t be a charity without trustees who are responsible for setting our overall direction and ensuring good corporate governance. Trustees don’t get paid; they perform the role because they believe in us and care about what we are doing. In September we welcomed three new people onto the Board of Trustees, and it is pleasing in particular that we now have greater female representation at this level. So welcome to Laura Evis, Clare Kirk and Christopher Young. Bob Bewley has decided to stand down from the Board owing to pressure of work, but becomes one of our academic advisors. Thank you for your contribution Bob over the last three years.

On the morning of Friday 5th January it was all hands on deck as we prepared for the MK office relocation from Kiln Farm to larger premises at Stonebridge (a grand distance of 3 miles). 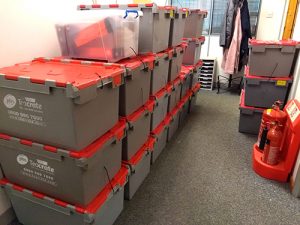 Across the office could be heard panicked cries of “Do we have to label EVERYTHING?!”, “I’ve run out of stickers!” and “What’s my ID number again?”. But amidst this there was the joy (?!) of rediscovering long-lost and long-forgotten items buried in desk drawers: a tin containing crumbs of ancient flapjack (Nathan), a plastic tiara from a colleague’s birthday party (Liz), novelty sound-effects toys (Hannah), and those ‘emergency’ tinned pears… (Dr Mark).

Over the weekend the office relocation company (supported by Pete and Sarah) worked their magic, bringing everything across to the new office and leaving it all in the correct place. After some minor technical and practical glitches on Monday morning (including a temporary absence of toilet roll), we are now more or less settled and enjoying the extra space and facilities (ground floor warehouse space for fieldwork and post-excavation, a larger kitchen with seating area, additional toilets and showers).

Thanks to Alli, Pete, Zak, Vicki and Jinny for organising the logistics! 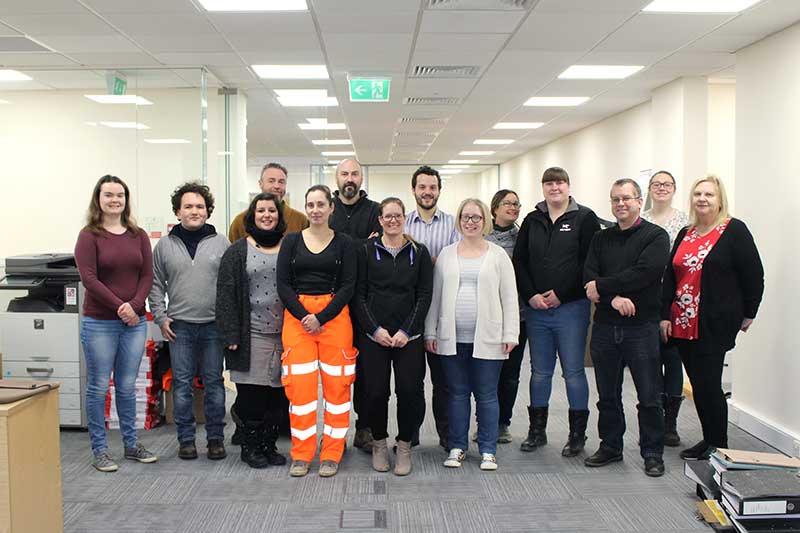 The 2018 Current Archaeology Awards nominations have been announced, and we are fortunate enough to have been nominated for two awards, both in the Research Project of the Year category! 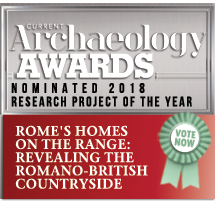 Rome’s Homes On The Range: Revealing the Romano-British Countryside

This nomination is for our work as partners with the University of Reading on the Roman Rural Settlement Project. This major project, funded by the Leverhulme Trust and Historic England, drew together published and unpublished excavated evidence for Roman rural settlement, from over 2500 sites, in order to produce a new synthesis of the countryside of Britain during the Roman period. The results of the project are presented in three volumes, dealing respectively with the rural settlement pattern, the rural economy, and life and death in the countryside. The first two of these volumes are now published!

Additionally, the project produced an online resource, which makes the data collected by the project (including site plans and information about artefacts and environmental evidence) available to anyone who wishes to use it. This resource is hosted by the Archaeology Data Service.

It is no overstatement to say that this project has been immensely influential, and its results are transforming our understanding of rural settlement, industry and life in Roman Britain. 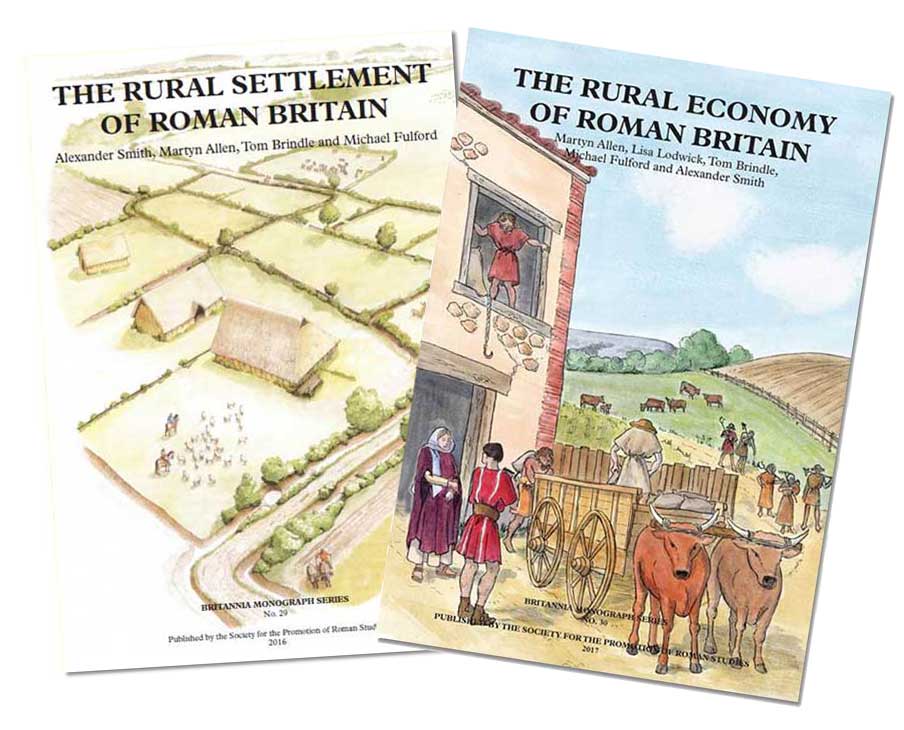 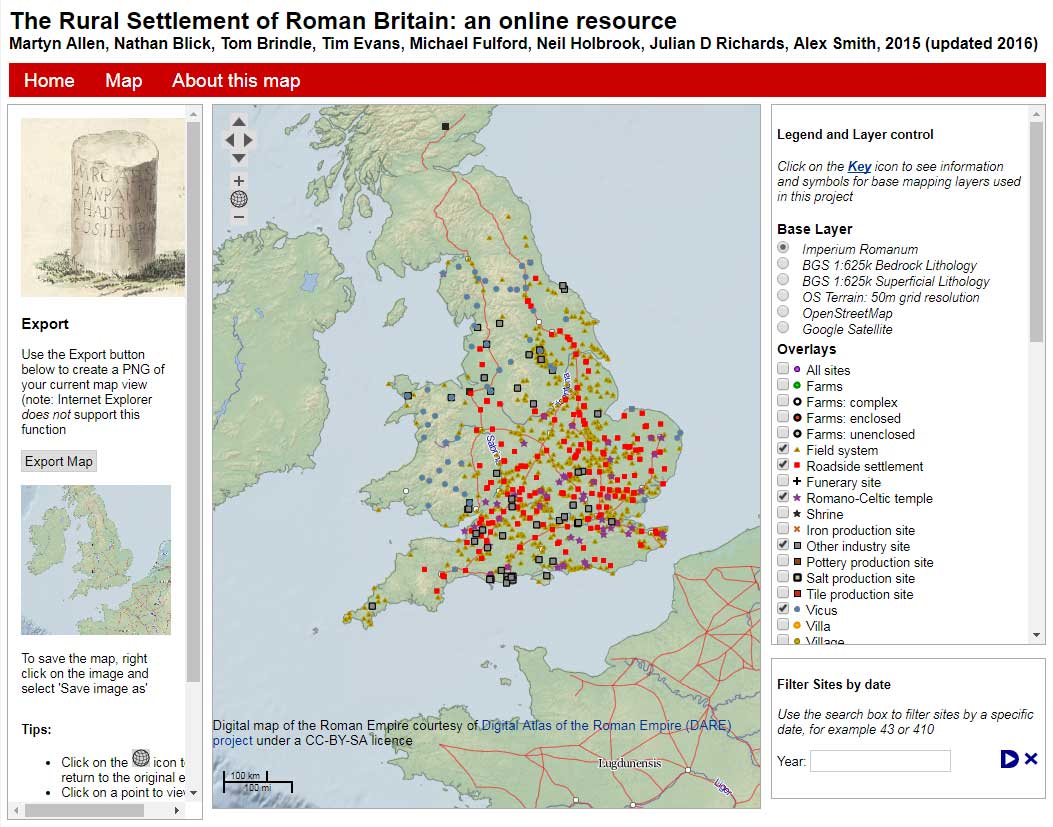 Don’t believe us? Prof. Richard Hingley, author of an early and influential previous study of Romano-British rural settlement, has said:

‘The Rural Settlement of Roman Britain Project’ and its outputs will doubtless serve as an exemplar for future initiatives that seek to address rural settlement in the Western Roman Empire, and will provide a vital research tool for future work in England and Wales.
R Hingley, 2017 Antiquity August 2017 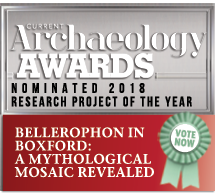 This nomination relates to our work on a community project, ‘ Revealing Boxford’s Ancient Heritage’, a joint project involving CA, the Boxford History Project, and the Berkshire Archaeology Research Group. Funded by the Heritage Lottery Fund, over three years the project has investigated three closely linked Roman sites near to the village of Boxford in West Berkshire. This summer our excavation revealed a spectacular Roman mosaic (you may have heard of it!), associated with a late Roman villa. 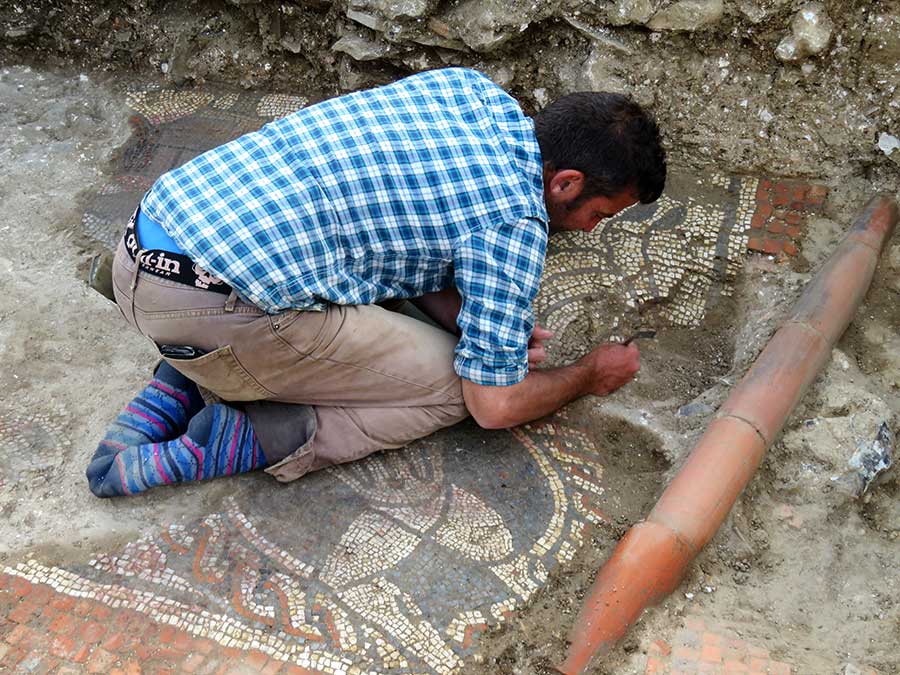 The figurative mosaic is packed with mythical characters and beasts based on Greek legend, including a scene depicting the hero Bellerophon, fighting the Chimera. Other figures on the mosaic possibly include Hercules fighting a centaur, Cupid holding a wreath, and depictions of telamons in the corners.

This is without question the most exciting mosaic discovery made in Britain in the last fifty years and must take a premier place amongst those Romano-British works of art that have come down to modern Britons.

All nominations for the Current Archaeology Awards are based on articles and books featured within Current Archaeology over the last 12 months. Voting for the awards is live (until 5th February 2018) and is open to everyone. We’d be very grateful for your support!