We have now completed the third and final excavation at Clare Castle, bringing to an end a campaign that started in 2018 with the award of the NLHF grant to Clare Castle Country Park Trust. During this final season we have been able to excavate three trenches and two test pits in a three-week period thanks to the input of 490 volunteer days from a cohort numbering 116.

We reported the discovery of large postholes in our previous post and by the time we finished excavating Trench 6 we had identified up to ten of these. They lie broadly within a rectangular area measuring approximately 12m x 7m and represent a large timber structure. We need to do further analysis to establish whether this was once a building. If so it must date from at least the 12th century and we would expect it to have been constructed around a central aisle which would be consistent with the large postholes found, however we can’t confidently interpret it as such until we have examined the excavation data in more detail.

Some targeted excavated slots confirmed that the north-south ditch continued to the south edge of the excavation, information that had been obscured by layers of demolition debris when we left it in 2019. We were hoping to confirm that this ditch had been a formal boundary for the late Saxon cemetery.  The distinctive soil associated with the cemetery across the Inner Bailey was seen only on the east side of the ditch, and there were no burials within a long slot excavated to the west of the ditch, which would have shown the cemetery continuing, so everything seems to point to it marking that boundary. However until we have examined the finds to check if the dating allows the cemetery and ditch to have been contemporary, we can’t be certain.

We had hoped to investigate the relationship between the north-south ditch and the moat found in Trench 5 in 2019 by opening up a larger area (Trench 10), however our excavations showed that the moat edge extended far beyond the projected line of the ditch. Whilst the results in this trench show that the moat cut across the earlier ditch at some point, we need to analyse the finds from the brown silt covering the edge of the moat to establish whether this was the original Norman moat or a later medieval re-cut. As in 2019, we found burials cut by the moat edge and also some large, shallow postholes, perhaps from another timber structure. These cut the worked cemetery soil and were therefore Norman or later in date.

Trench 11 continued to produce notable finds right to the end, with the fabulous pieces of ivory comb reported on previously found two days before the end of the digging. Whilst our further excavations did not uncover remains that could be confidently identified as an in situ building, the building elements found in the demolition debris were all indicative of a high-status medieval structure, probably a chapel. The comb was 12th century in style and earlier than the glass and glazed tiles. It would have been an imported item, originating in the Byzantine empire, and would have been a prized possession, perhaps an heirloom or religious relic curated within the building.

We also excavated two test pits to answer very specific questions. In Test Pit 1 we hope to extend our knowledge of the extent of the Late Saxon cemetery. The recovery of a burial at the bottom of the trench established that the cemetery was still continuing on the south side of the Inner Bailey near the railway platform, extending the known area of the cemetery by at least another 800m2. Test Pit 2 was dug to see what the ground level was like under the Eastern rampart. This was difficult digging, the volunteers removed many buckets of large stones which appeared to be indicative of the bank, and which suggests that the construction level for it was significantly below the current ground level.

As well as the exceptional finds from Trench 11 we found a large assemblage of 11th to 15th-century pottery, an iron arrowhead, a medieval padlock key, a copper-alloy couching needle and what looked like a silver ferrule. Pieces of antler found would have been left over from antler working and the assemblage of animal bone represented food waste.

These are very preliminary results and we will continue to post new information as we analyse the finds and discover more. The volunteers are now starting work in our warehouse, processing finds and data to allow us to undertake the specialist analyses needed to make sense of everything we have all found over the last four years.  Keep watching out for more web and social media posts. 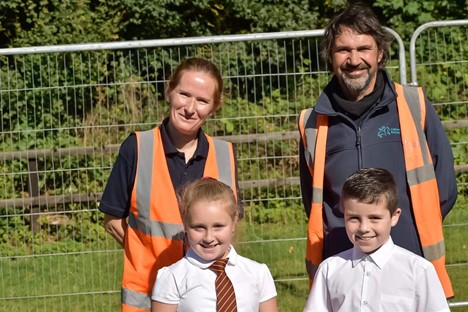 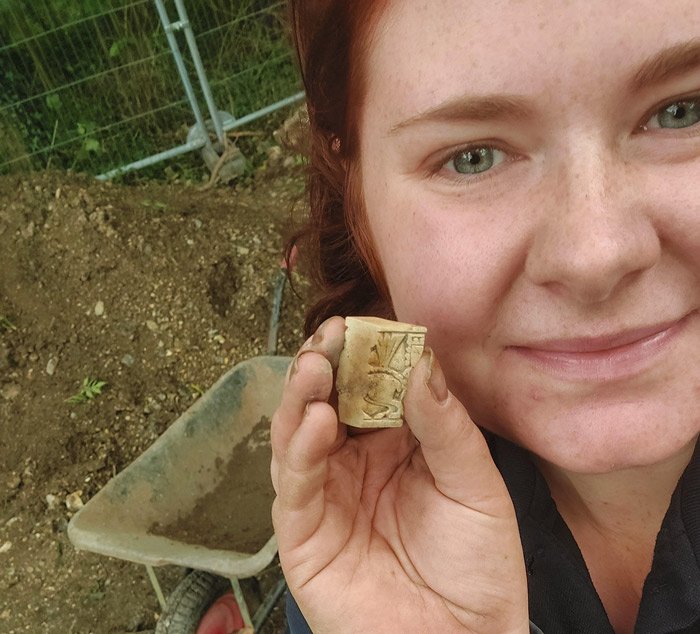 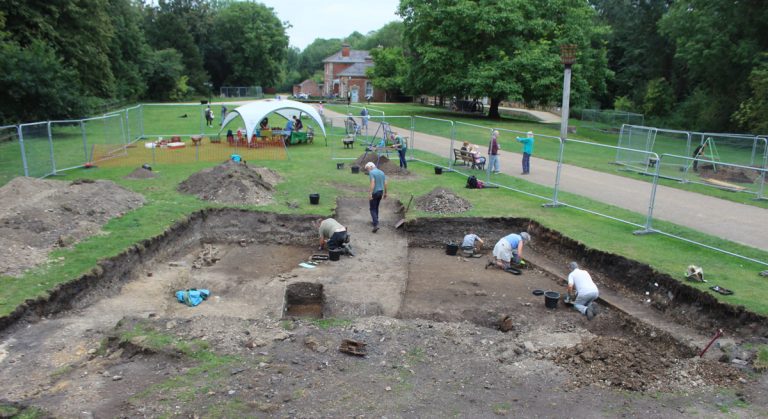 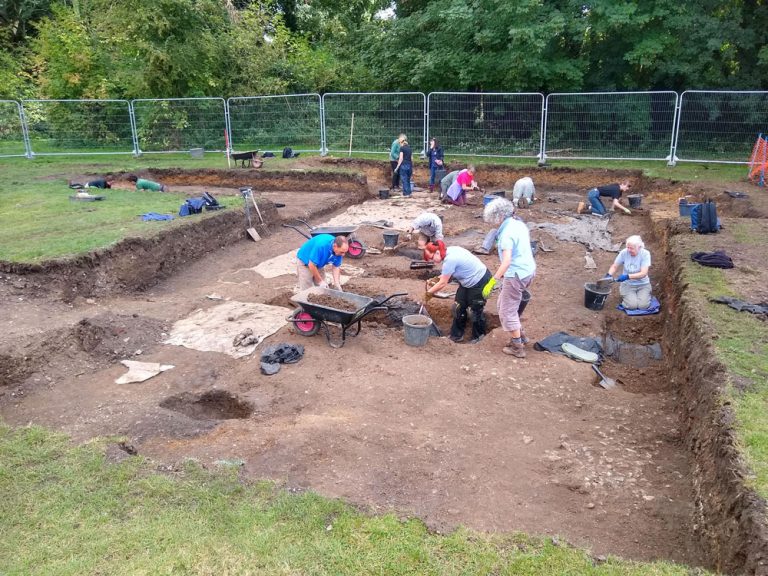 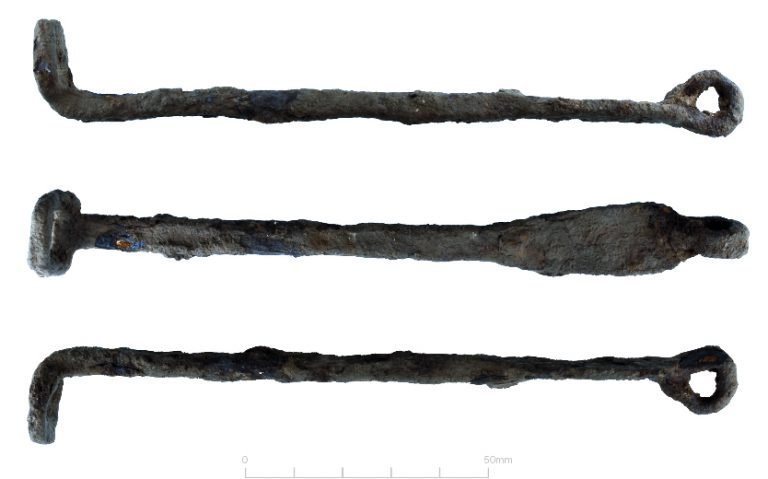 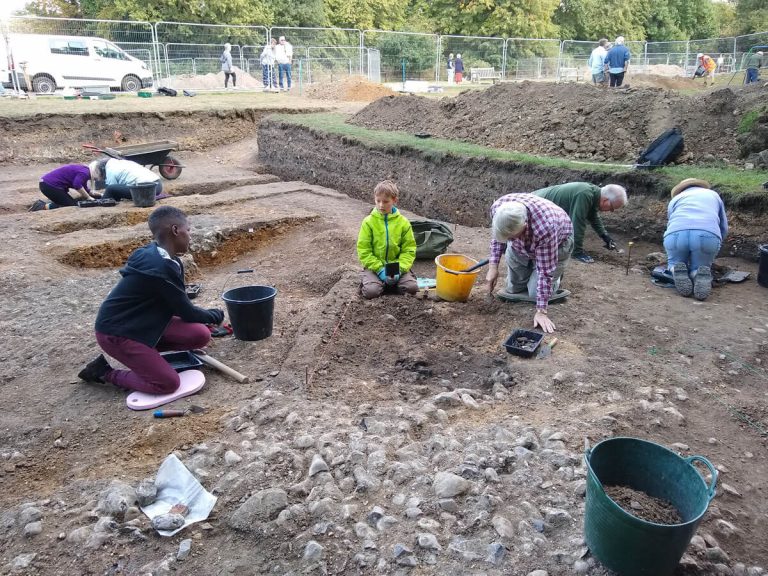