In March 2012 a group of volunteers with the assistance of Cotswold Archaeology staff undertook the hand excavation and recording of archaeological deposits and structures revealed within several archaeological trenches at the old Gloscat campus.

The three week duration of the dig allowed a limited amount of excavation to be undertaken, but remains from four archaeological periods spanning two millennia were revealed.

Explore the archaeological discoveries with our 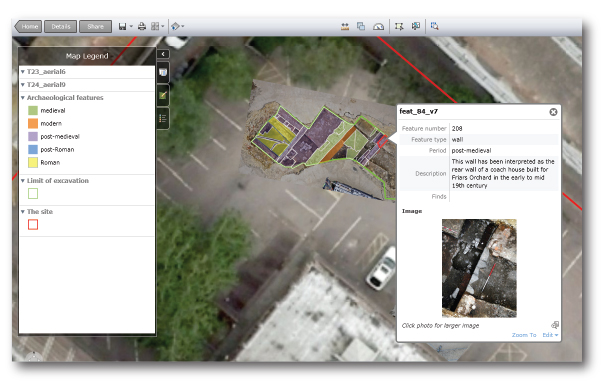 Need help getting started? Read this simple guide to using our interactive map >>

Want to find out more? You may also like to see these reports from the excavation as it progressed:

Excavations at the nearby Brunswick Road site in 2013 have uncovered a fascinating insight into life and death at Roman Glevum. Read about the excavation of a Roman Cemetery >>>