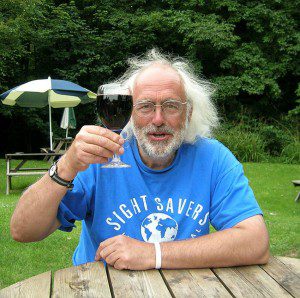 Every year we sponsor a high-profile public lecture in Cirencester. The lecture is aimed at a general audience and we normally attract over 100 people. Admittance is free. In 2014 we christened the event the Mick Aston Annual Lecture in memory of Mick Aston, who was a trustee of Cotswold Archaeology between 1990 and 2004.

Over the last quarter century we have had some famous speakers talking on a wide variety of topics. The lecture is now an annual high spot in the civic life of Cirencester

No. 26 2020  Professor Martin Henig (University of Oxford)
Religion and Art in the Roman Cotswolds: Images of the Gods Carved from Oolitic Limestone

No. 25 2019 Professor Helena Hamerow
The Origins of Wessex: Archaeology and Landscape in the Upper Thames Valley, 5th-7th centuries AD

No. 24 2018 Richard Osgood
Last March of the Tanks: An Archaeology of the WW1 Battle of Bullecourt

No. 23 2017 Mark Maltby
Animals and Society in the Roman Cotswolds (in association with the Roman Society)

No. 22 2016 Richard Buckley
The King Under the Carpark: Greyfriars, Leicester and the Search for Richard III

No. 21 2015 Timothy Darvill and Neil Holbrook
Grismond’s Tower and Cirencester’s Western Roman Cemeteries (in association with the Roman Society

No. 20 2014 Robert van-de-Noort Morgawr
Building a Bronze Age-Type Sewn-Plank Boat and Exploring Prehistoric Seafaring Through Experimental Archaeology (in association with the Prehistoric Society)

No. 19 2013 Ray Laurence Childhood in Roman Pompeii (in association with the Roman Society)

No. 16 2010 Tom Moore Birth of a Capital. Becoming Roman in the Gloucestershire Cotswolds

No. 14 2008 Roger Ling Mosaics and Other Animals. Domestic Art in the Roman Cotswolds

No. 12 2006 Timothy Mowl In the Footsteps of Pevsner – Discoveries in the English Landscape

No. 11 2005 Martin Carver Sutton Hoo and the Invention of Kingship

No. 9 2003 Timothy Darvill From Condicote to Stonehenge

No. 6 2000 Timothy Darvill and Neil Holbrook Cirencester 2000 Years Ago

No. 5 1999 Julian Richards Meet the Ancestors

No. 3 1997 Catherine Johns Treasures: Gold and Silver from Roman Britain

No. 1 1995 Graham Webster Pagans and Christians