Over the last five years Cotswold Archaeology has been collaborating with the Department of Archaeology at the University of Reading on a major project examining regional and chronological variation in Roman rural settlement through analysis of farm layouts, domestic architecture, agricultural practice and burial traditions. This will allow us to assess the integration of settlements in different parts of Britain with the Roman provincial economy and provide a new characterisation of the Romano-British countryside.The project places special emphasis on the ways in which commercial archaeological work in advance of development and in particular that only reported in grey literature, changes our picture of the countryside of Roman Britain. Grey literature is reports on developer-funded archaeological investigations which do not get published in conventional journals or books.

A separate strand to the project has looked at the contribution of commercial archaeology to our understanding of major Romano-British towns. We jointly organised a one-day conference at the University of Reading on 30 November 2013 English Heritage and the Roman Society. The papers were published in a Britannia Monograph in April 2015. 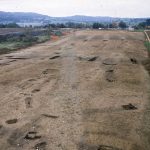 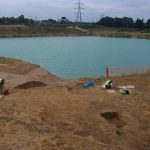 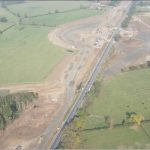 The initial project was restricted solely to England and was generously supported by Historic England and the Leverhulme Trust. Thanks to a second grant from the Leverhulme Trust we have now been able to extend the project to cover Wales, and a generous donation from Mr Paul Chadwick has also allowed us include evidence from the walled “small towns” of Roman Britain. We have benefited greatly throughout from the support of the Association of Local Government Archaeological Officers.

One strand of the project is looking at the ways in which commercial archaeologists investigate, analyse and report on work on Romano-British rural settlements. Check out our Methodology page to  find out more about this aspect of the project and read a series of short discussion papers examining various aspects of contemporary professional practice.