Bridges Garage in Cirencester was known to be within the area of the Roman town’s western cemetery, but little in the way of archaeological remains was thought to have survived the construction of the 1960s garage, when archaeological salvage investigations recorded 46 cremations and 8 inhumations. Nevertheless, redevelopment of the site in 2011 revealed further Roman burials and by the end of fieldwork a further 71 inhumations and 3 cremations had been recovered, making this the largest investigation of a Roman cemetery in Corinium for forty years. 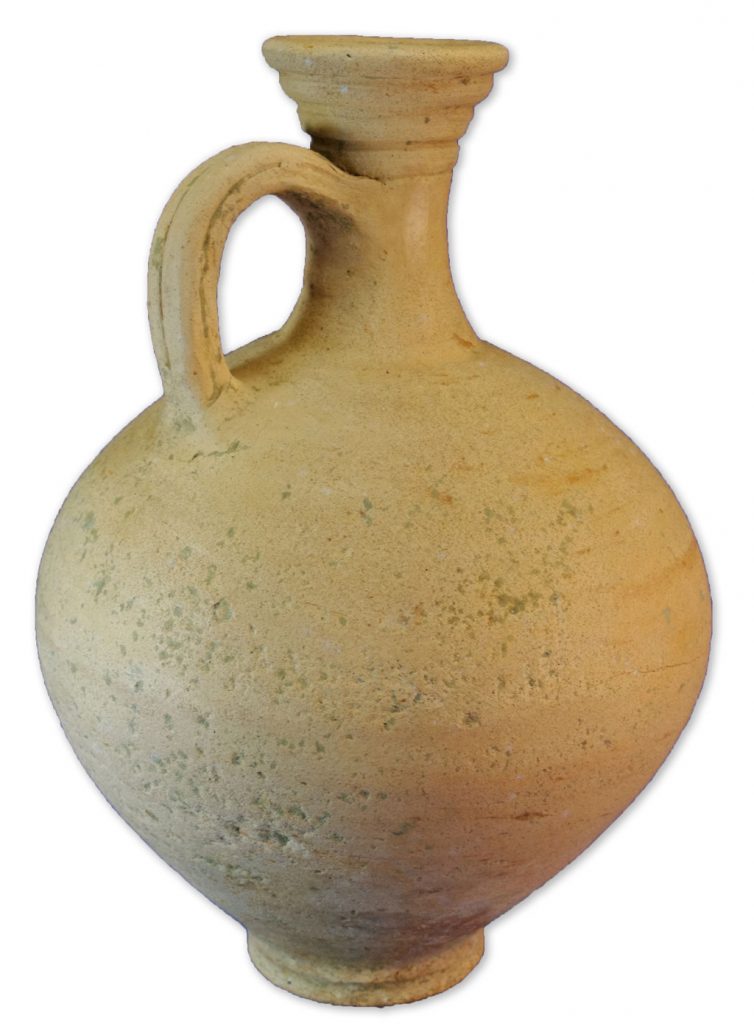 Within the cemetery there was evidence for a square walled enclosure, possibly the remains of a mausoleum. The cemetery had been in use from (at least) the mid-2nd century AD to the 4th century AD, with most of graves from within the walled enclosure (and some of those adjacent) being of earlier Roman date, and with later Roman graves more evenly spread across the cemetery. Several of the burials had accompanying grave goods, of both earlier and later date.

One of the earlier burials was of a young child, and contained a pottery tettine (or feeding cup) and an enamelled cockerel figurine. The cockerel is 125mm in height, and is inlaid with enamel. Very few figurines of this type are known and this example is the only one to survive with its tail. The association of the cockerel with the god Mercury is well known and its presence here suggests adherence to the cult of Mercury, one function of whom was to accompany the souls of the recently deceased to the afterlife.
The cockerel (which will be the focus of our next Highlight (14) and other grave goods from the excavations will be on display at Cirencester’s Corinium Museum in the new Roman displays, opening at the end of this month.