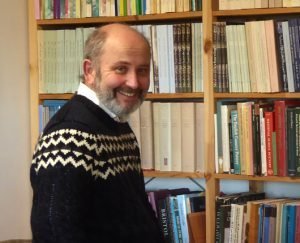 Professor Christopher Gerrard has held a Chair in Archaeology at Durham University since 2009. He gained a PhD at the University of Bristol in 1987 and joined the newly-formed Cotswold Archaeological Trust (now Cotswold Archaeology) in 1989, going on to become the Senior Archaeological Consultant at Countryside Planning and Management. He left commercial archaeology in 1992 to become a lecturer at the University of Winchester, joining the Archaeology department in Durham in 2000. Chris specialises in later medieval archaeology and has conducted fieldwork in many different parts of Britain and Europe, most notably at Shapwick in Somerset and Clarendon in Wiltshire. He joined the Board of Trustees in 2019.