The Suffolk office of Cotswold Archaeology was created by a merger with Suffolk Archaeology CIC in April 2019, which itself was the former Field Team of the Suffolk County Council Archaeological Service, and as such has a long history extending back to 1974.

The Suffolk County Council Archaeological Service was first created in 1974 with a remit to conserve and record the county’s heritage. The Service originally carried out research or rescue projects as funding allowed on an ad hoc basis, such as a series of important excavations across Ipswich in the 1970’s and 1980’s and the important excavations of Middle Saxon Brandon during the 1980’s. 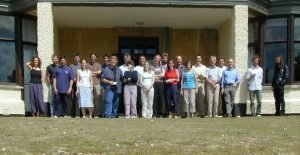 The introduction of Planning Policy Guidance 16 (PPG 16) in 1990 brought nationwide changes to the archaeological profession in the 1990’s. By making archaeology a material consideration in the planning process it enshrined the principle that prospective developers were responsible for both the initial archaeological investigation of a site and, if appropriate, its ‘preservation by record’ via archaeological excavation and publication. This change rapidly led to the development of the Field Team as a self-financing, contracting service for private and public clients, separate from its sister organisation the Conservation Team whose role became the advising of local authorities, the maintenance of the Suffolk Historic Environment Record and curation of the county’s archaeological archives. 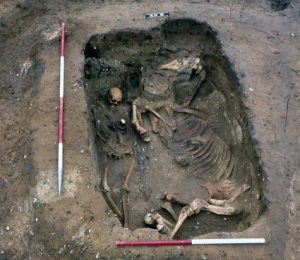 By 2014 the Field Team had an established track record of being the dominant archaeological contractor in the county, with an extensive wealth of local knowledge and experience in carrying out all manner of projects, from the smallest and shortest of watching brief surveys to the long-running field investigations of extensive multi-period archaeological landscapes such as at Flixton quarry or the RAF bases of Mildenhall and Lakenheath. While maintaining a focus on Suffolk the Field Team had also expanded to carry out a variety of projects in the neighbouring counties. This success led to the County Council’s decision to outsource the Field Team as an independent Community Interest Company, Suffolk Archaeology.

uffolk Archaeology CIC operated as an independent company for four years, regularly carrying out 100-150 projects a year with a dedicated team of c. 30 permanent staff, many of whom had transferred their skills and experience from long periods of service at the County Council. The majority of the projects remained development related, helping clients meet the archaeological obligations placed upon them during the planning process, although its status as a Community Interest Company meant that it retained a strong commitment to promoting the heritage and archaeology of Suffolk to the wider public.

Suffolk Archaeology CIC joined Cotswold Archaeology Ltd in April 2019 and now operates as the companies regional office for East Anglia from our base in Needham Market, Suffolk. With our inheritance of the experienced staff and project archives of both Suffolk Archaeology CIC and the former SCC Field Team we have an unparalleled 40 year history of carrying out archaeological work in East Anglia. We continue to offer an ever more efficient and cost-effective service to the commercial sector in dealing with heritage issues caused by proposed development, whilst maintaining our determination to carry out top quality archaeological investigations and maximising the benefit of such works to as broad an audience as possible.