Cotswold Archaeology have recently completed an archaeological evaluation undertaken to accompany proposed redevelopment of HMP Gloucester. The site lies immediately outside of the Roman city of Gloucester and comprises the extant prison, a complex of 18th, 19th and 20th-century buildings. 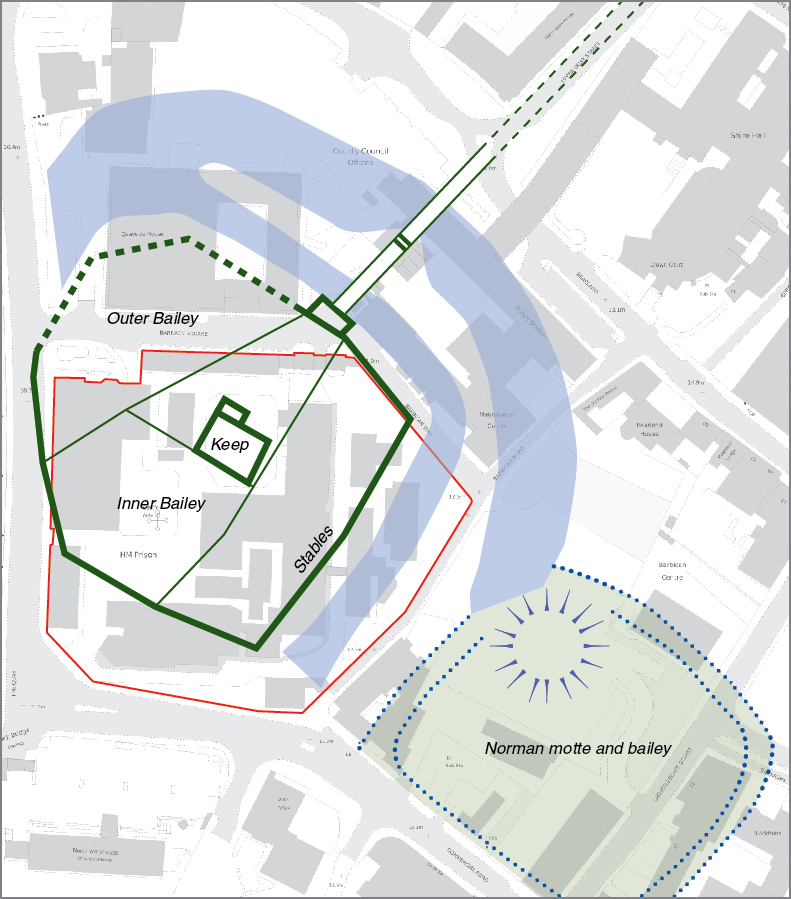 There were 2 medieval castles in Gloucester’s history. The first or ‘old’ castle was mentioned in the Domesday Book – it lay to the east of the prison site and was built in the corner of the old Roman town walls. This was most probably of the wooden motte and bailey type.

The old castle was replaced by a new stone castle on the current site c. 1110-1120. The castle was a large structure, with the keep, which we have now located in our work, an inner bailey and stables. The keep was surrounded by a series of concentric defences which comprised curtain walls and ditches, with the drawbridge and gatehouse lying outside the current site to the north.

The castle fell into decline during the later medieval period and was taken over as the county gaol during the reign of king Richard III (r. 1483-1485) with the castle keep being the main prison building. By the later 18th century the prison was notorious for its disrepair and continual epidemics of gaol fever. A decision was made to build a new prison and so the keep was demolished in 1785 and the new gaol, designed by William Blackburn, received its first prisoners in July 1791. Subsequent expansion and remodeling of the prison occurred throughout in the 19th and 20th-centuries until the 1960s.

We are now carefully covering the exposed remains to preserve in situ what was discovered. City & Country’s associate director, Richard Winsborough wants to make certain that the finds are appropriately considered before the redevelopment of the site takes place. Excavating a medieval castle was very exciting for our team. CA’s Cliff Bateman, project manager, is thrilled by the discovery:

‘It is a very rare opportunity to dig a Norman castle in a great historic city. We have recorded a part of Gloucester’s history that was once covered with the sands of time.’

During the works our archaeologists recovered nearly 900 artefacts that are now being carefully examined by our post-excavation team. Most of the finds are well preserved later medieval pottery sherds, with a number of complete vessels. One of our fine discoveries is a medieval bone die, marked with values as ‘circle and dot’. 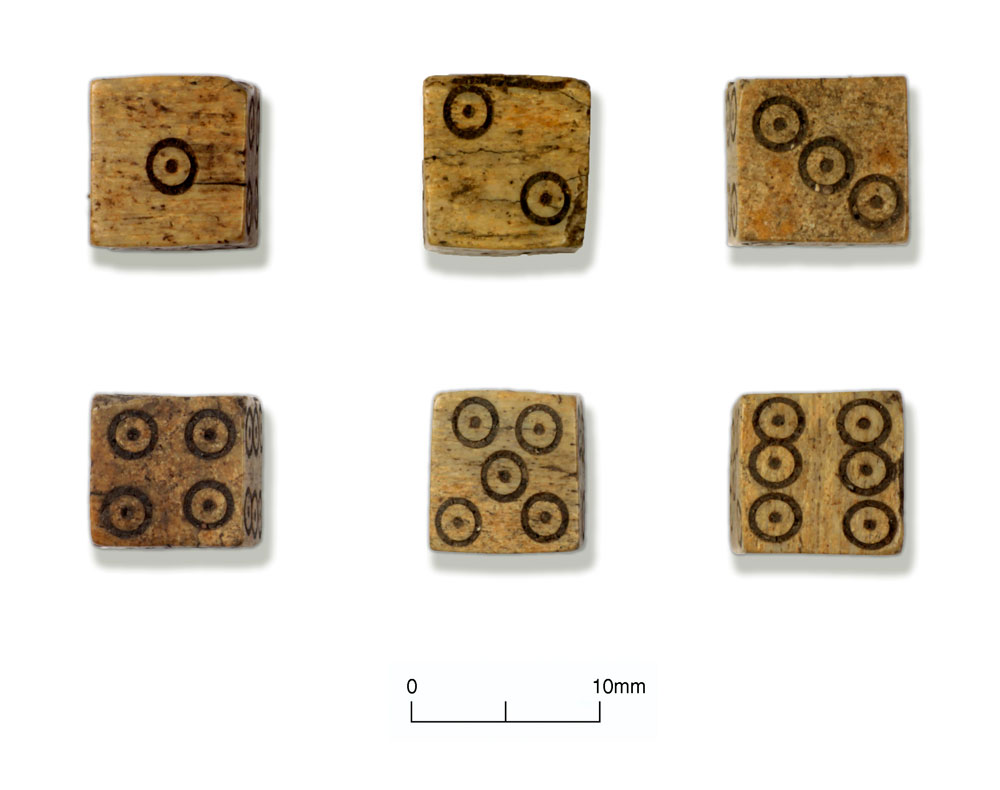 Before the remains of the Norman castle keep are carefully reburied to protect them from damage, an opportunity was granted to representatives from Gloucester local interest societies to view the discoveries. We were also pleased to be joined by Gloucester MP Richard Graham and members of the press.