Our Boxford volunteer team have recovered some fantastic artefacts last week. One of the finds was a fairly well preserved Roman coin that brings to life quite an interesting story.

Our finds specialist, Ed, has identified it as a base radiate (a type of Roman coin introduced by Diocletian) of CARAUSIUS.  He was a ‘break-away’ emperor in power c. AD 287 – 293 until murdered by his finance minister Allectus. Carausius had been commander of the fleet protecting Britain from ‘pirates’ but was accused by the emperor Maximian of keeping the pirate loot and sentenced to death. Carausius then proclaimed himself to be emperor of Britain and Gaul.

The reverse of the coin shows a female centaur and the legend ‘Leg II Parth’. It refers to the 2nd Parthian legion raised by Septimius Severus in AD 197 (the centaur was the emblem of this unit). Legio II was one of three legions (Legio I-III ‘Parthica’) raised to take part in a campaign against Parthia  – a territory in modern Iran.

In issuing this coin (and other similar types) Carausius may have been honouring Legio II for supporting his usurpation. Alternatively he may have been trying to attract their support. 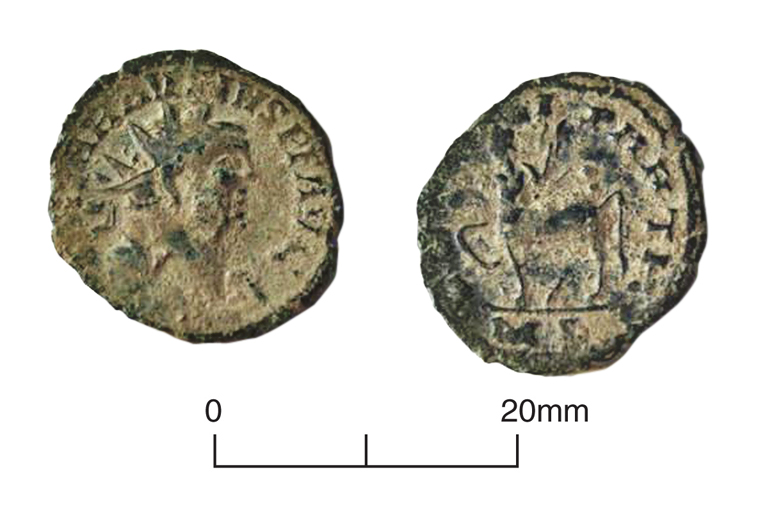 Illustrated below are other fabulous finds of Late Roman date recently recovered from the site. These are (from left to right): small ‘cylinder’ beads, a ‘knob-head’ hairpin and a decorated strip bracelet. 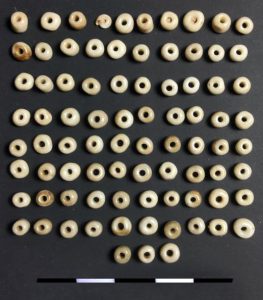 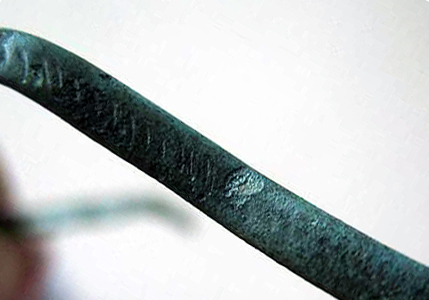