At the edge of the Fens in Cambridgeshire, CA’s Suffolk team found an unusual, small copper-alloy coin on a site with evidence for historical commercial activity. However, this particular coin did not seem to be typical of the assemblage so far collected… 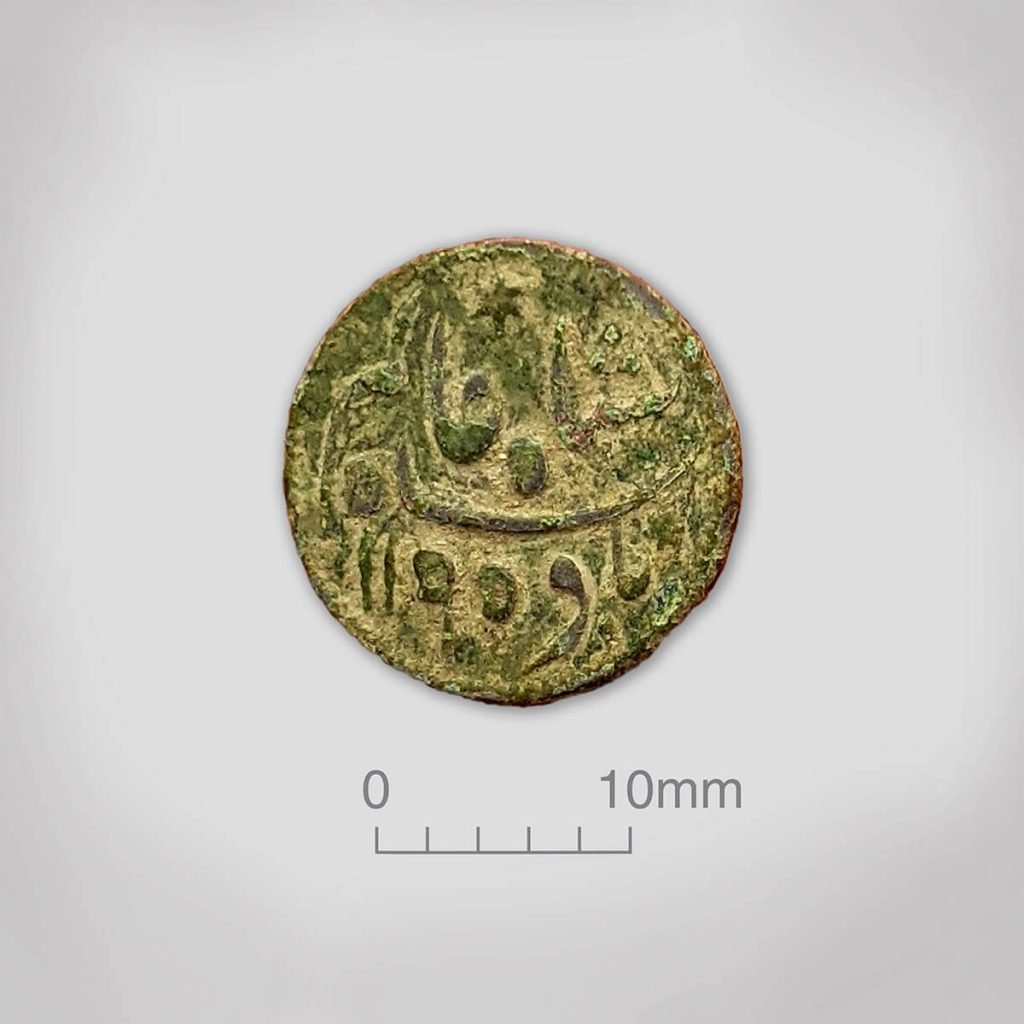 It is the work of an Oxfordshire man named John Princeps who travelled to Bombay as a cadet with the East India Company. Once there he became the earliest British merchant to plant indigo and soon gained wealth. In late 1780, as he was retiring from the army, Princeps was awarded a contract by the Bengal Government to strike copper coins to replace the cowrie shells that were then being used by locals as small change (at an exchange of 5000 shells per rupee). Princeps accepted the contract and went about establishing his private mint in the village of Fulta, 22 miles south of Calcutta.

His coinage was machine-struck and there were four denominations: half, quarter, eighth and sixteenth Anna. Each denomination was worth a different value of cowrie shells – our example being a 1/8 Anna and worth approximately 40 shells. The obverse (the side we can see) bears the Persian legend Shah Alam II Badshah (translation: Shah Alam Emperor); the reverse legend reads Julus Sanah 22 (in the 22nd year of reign).

Unfortunately, John Princep’s coinage failed to gain local acceptance, and by 1784 he had abandoned his project. Perhaps in indignance, he wrote a letter to Governor-General Warren Hastings dated 4th January 1785, in which he pleads for reimbursement of some of his expenses and presents the Board of the East India Company “two complete Setts of Gold, Silver & Copper Coin” as a sample of his work.

How and why the coin ended up in Cambridgeshire can only be guessed at, possibly as a souvenir or curiosity brought back to England on a trader’s return; or perhaps simply as a curated object collected in more recent times.