Cotswold Archaeology’s excavations at Hill Barton, Exeter, which finished in 2015, are on the way to being fully published. One aspect of the site was the discovery of a Late Bronze Age ringwork enclosure with a central roundhouse whose rarity in the region has prompted the publication of a summary article in the Prehistoric Society’s Autumn edition of The Past newsletter (pages 14-16).

The enclosure, measuring 37 m across and defined by a deep ditch, was one element of a complex of archaeological features on the site dating from the Neolithic through to the Roman period. The enclosure ditch contained very few artefacts – just eight sherds of residual Early to Middle Neolithic pottery, two sherds of Trevisker Ware and a small quantity of worked flints – none of which provided dating for the enclosure itself. However, the ditch and central features yielded charcoal, from which a series of 12 radiocarbon samples gave consistent dating. The earliest dates fell around 1100 cal BC (from the basal ditch fills) with a more or less continuous sequence of ditch infilling until c. 600 cal BC when the enclosure went out of use. This conclusively demonstrates a major episode of occupation starting in the Late Bronze Age and continuing until the Early Iron Age for which there was very little other evidence.

A report on all the findings from the excavations is to be published in forthcoming volume 77 of Proceedings of the Devon Archaeological Society. 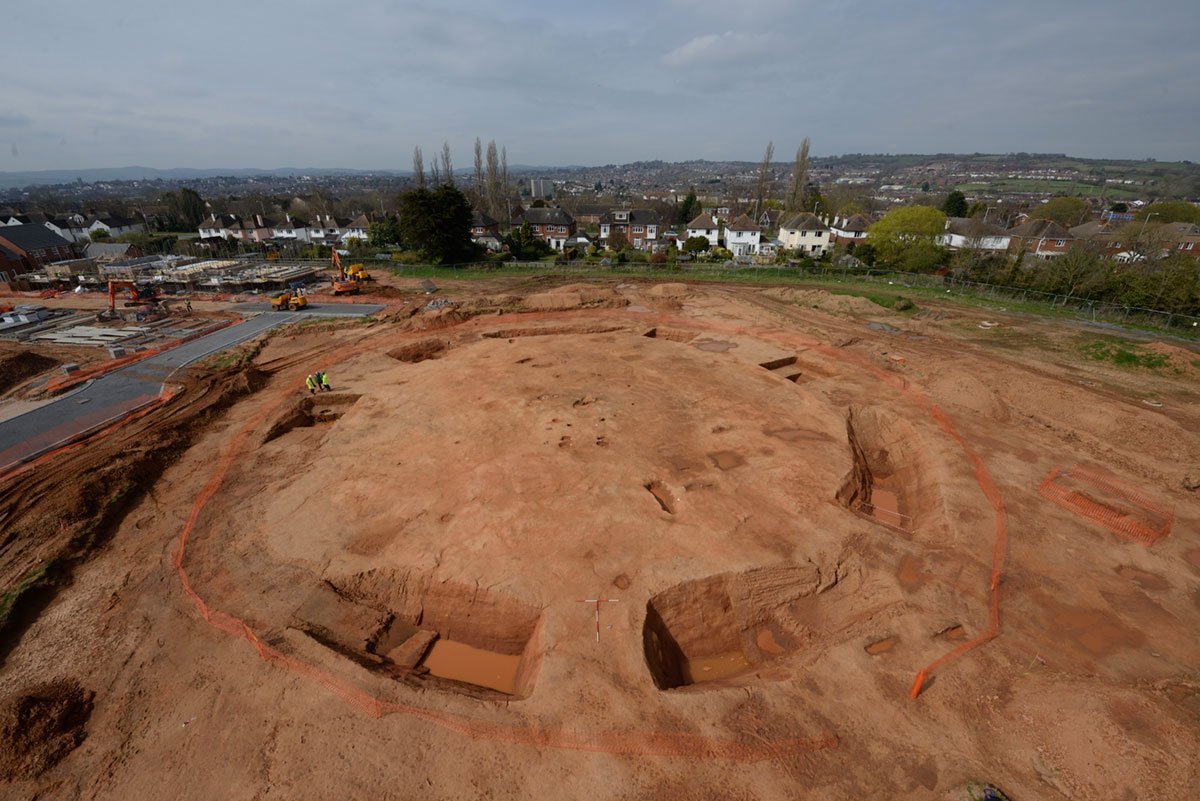