Recent excavation by Cotswold Archaeology’s fieldwork team revealed the remains of a medieval farm on the flat clayland of the Severn vale. 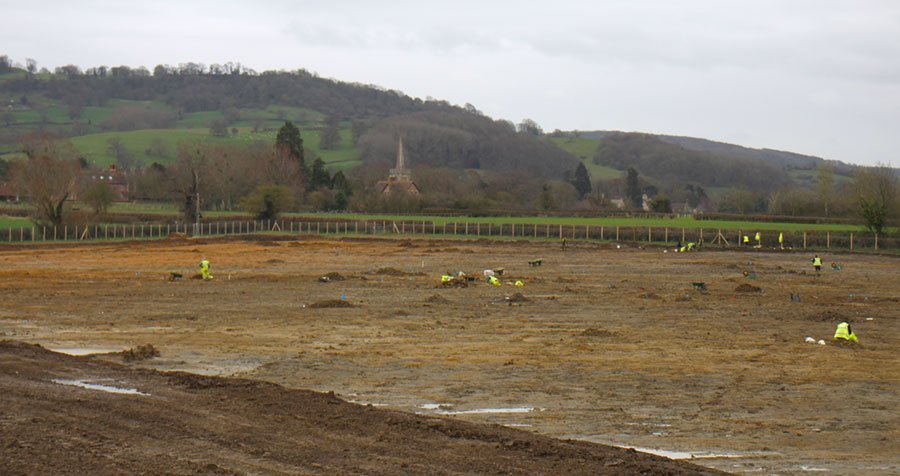 Now that fieldwork has finished, the project has passed to our post-excavation team who are preparing an assessment report. The report will map a route leading to full analysis and publication of the findings, and the deposition of the archive at an appropriate museum, where it will be available for future research.

By the 11th century, the familiar English nucleated village landscape had already evolved across much of the country, but other areas, including the Severn vale, were still characterised by a dispersed settlement pattern of individual farms and small hamlets. These settlements occupied a landscape of woodland, which had regenerated since the end of the Roman administration, interspersed with clearings for grazing and small farms, including the current example. Although the differences were not absolute, such wood-pasture areas would have stood in contrast to the more open sheep-corn landscapes with their nucleated villages in areas such as the Cotswold uplands, and it has often been commented that the occupants of these different pays would have held differing mentalities.

The farm was probably family-sized, although it should be remembered that slavery was still practiced, albeit at a reduced level, into the 12th century and villeinage (the English legal term for serfdom) into the 17th century, and so over its lifetime the farm may have been occupied by an extended family as well as slaves and villeins. Although such farms were probably very common, few have been excavated, making this an exciting discovery and one to which modern forms of analysis can be applied, including isotope analysis of the animal bone assemblage, which can examine chemical traces in bones and teeth in order to estimate whether, for example, the animals were grazed locally on floodplains. 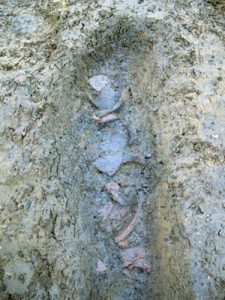 Most of the finds from the site comprised sherds of locally produced pottery known as Gloucester TF41B, dateable to the mid 11th to mid 13th centuries. A dump of this material was found within a ditch belonging to the medieval farm and analysis will aim to determine whether this represents ‘wasters’ from a local kiln thought to have operated nearby but yet to be discovered.

The farm seems to have been abandoned around the 13th/14th century. An obvious hypothesis to test during our analysis is whether the site was a victim of the early 14th-century agrarian crisis which was responsible for many of the shrunken and deserted villages whose remains can be detected from surviving earthworks in the landscape. Intriguingly, the site also contained the remains of a single individual laid in a grave. The remains of this person were very poorly preserved and we do not yet know their date. Radiocarbon dating may indicate whether this was someone associated with an as-yet unidentified Roman or early post-Roman farm, or someone from the medieval farm itself, conceivably even a victim of the 1348–9 Black Death.

One of the questions we will seek to address is how long the site remained abandoned for (if indeed it ever was fully abandoned). It was certainly reclaimed, since a large ring-ditch was built over some of the earlier medieval enclosures. No structural remains were found, and one possibility is that this was a mound for a windmill, but another is that t this may have been a moat surrounding the house of a wealthy peasant with aspirations to grandeur. Although the crises of the 14th century had brought misery to many, for those who survived there were opportunities to make money; the economy was increasingly market orientated, whilst with a reduced population, labour was in higher demand. Did the moat surround the residence of a peasant on the up? To the modern mind, moats are conceptually associated with castles, but in fact the majority surrounded far more modest dwellings, including those of the lesser gentry and wealthier peasants, both of whom could be regarded in modern terms as ‘new money’. As well as providing an obvious status symbol and security, recent research suggests that moats were amongst a suite of features used in medieval architecture to restrict access to certain areas to individuals thought to be of appropriate status, itself an expression of power and a reflection of the structure of later medieval society.

The moat may have fallen out of use by the 16th century and does not appear on any of the historic mapping so far examined, but investigation will examine whether its decline was associated with the enclosure of the site for sheep pasture as part of the rise of the Gloucestershire woollen industry. 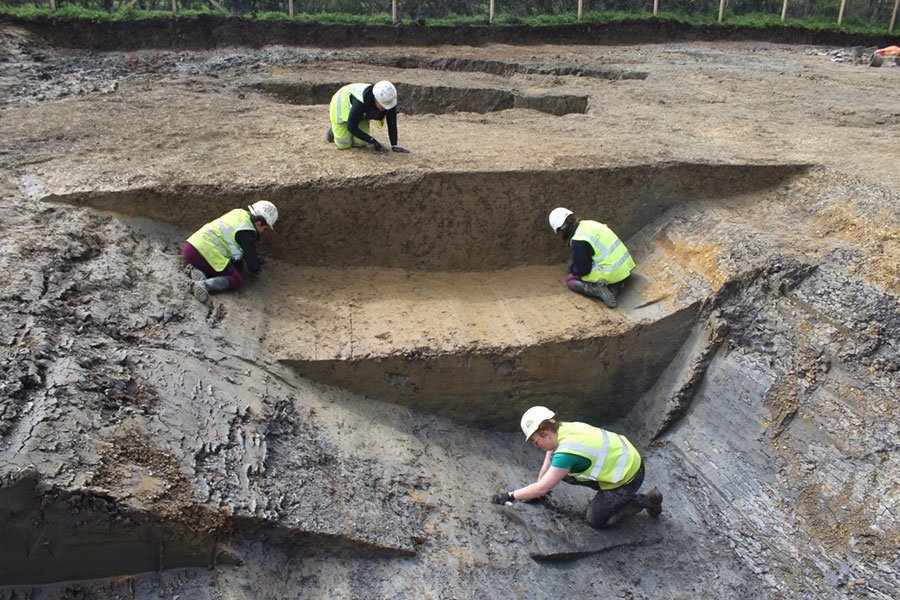