Settlement in Bristol began in the late Anglo-Saxon period, between the River Frome and the River Avon. The name ‘Bristol’ is thought to have derived from ‘bricgstow’, meaning ‘the place of the bridge’ crossing the two rivers. By the 11th century, Bristol was a prestigious place. It exported goods, minted coins and held its own weekly market. Bristol was one of the wealthiest medieval urban centres in the country. 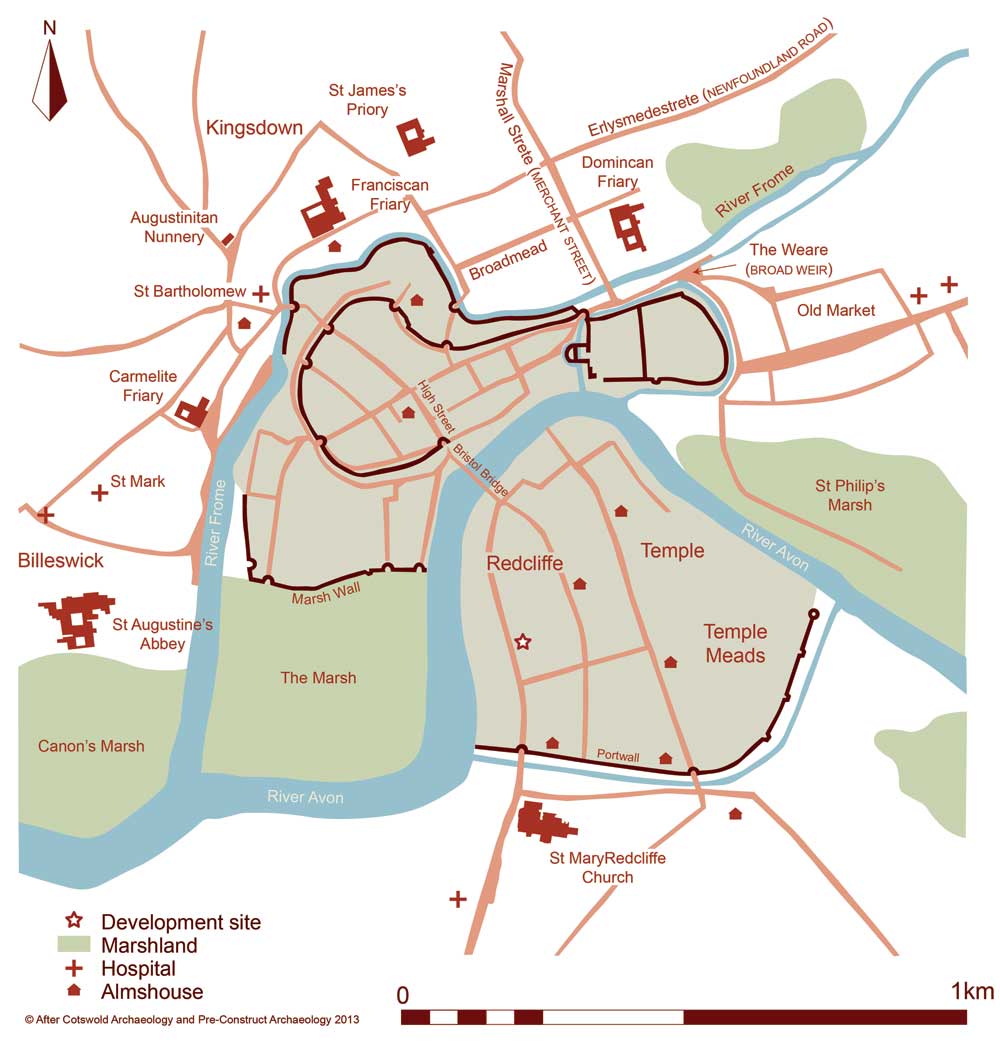 The medieval city of Bristol was focussed on High Street and Corn Street, and Redcliffe did not form part of the city until the 12th century. Originally marshland, the reclamation of this suburb began with the laying out of drainage systems, boundaries and main streets, along with new harbour facilities on the River Avon. Houses were built perpendicular to the main streets, with workshops and other structures to the rear. Accompanied by long narrow gardens, the building plots or streets were sometimes held under the ownership of a lord and rented out for a fee. The ‘fees of Redcliffe’ encompassed Redcliff Street and St Thomas Street.

From the 12th century onwards, Redcliffe developed as a thriving commercial suburb with cloth dyeing as an important industry. Dyestuffs and wine were imported into Bristol, and finished cloth exported to the continent. Other trades included metal and leather working, and inns populated the northern end of Redcliff Street. During the 15th century, Redcliff Street housed some of Bristol’s wealthiest citizens; merchants who built large decorative houses near the River Avon.

By the 17th century, this suburb had been largely redeveloped and used for industrial activities and trades including the production of sugar, soap and the distilling of vinegar.

The following centuries brought more redevelopment, with street widening and new buildings replacing old. The suburb of Redcliffe was extensively damaged by bombing during the Second World War, which destroyed much of this area. We are now experiencing the latest phase of regeneration, contributing to this story.