This nicely preserved copper coin (from an excavation in Gloucester) dates to the reign of the emperor Vespasian (AD 69–79). It is a copper As of the well-known Judaea Capta series. The reverse design of such coins, which are also known in silver and brass, ‘celebrated’ the defeat of the First Jewish rebellion in AD 70. This particularly bloody military campaign, which resulted in the fall of Jerusalem and the destruction of the second temple, was led by Vespasian’s son, Titus. It is thought that many thousands of Judaea Capta coins were minted using money brought in by the punitive taxes levied on Jews following the revolt. 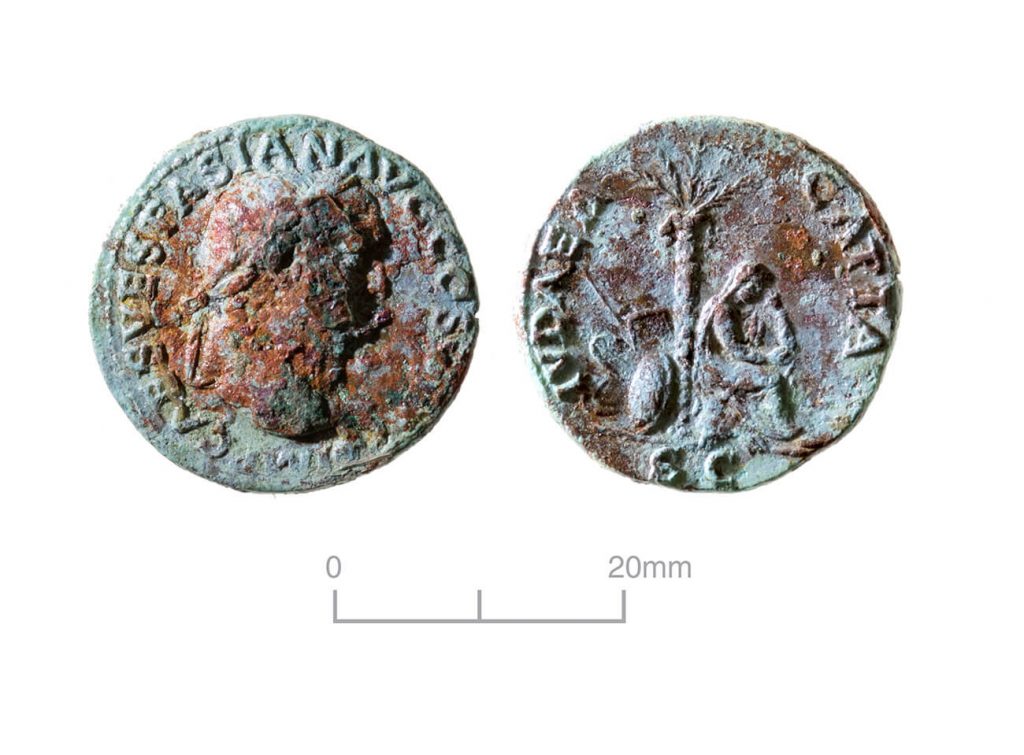 The reverse of the coin shows a female figure personifying the defeated Judaea, and the legend IVDAEA CAPTA or ‘Conquered Judea’. Judaea is shown seated with her back to a palm tree in ‘an attitude of mourning’, her head resting on her hand. On the other side of the tree is a trophy of captured arms. The emperor’s portrait on the coin’s obverse shows him in characteristically ‘pugnacious’ style. Vespasian was an ex-soldier who had campaigned against the southern British tribes after the invasion of AD 43.