Cotswold Archaeology’s Exeter team have recently completed fieldwork at Exeter Bus station, which has unexpectedly revealed evidence for an early Roman military fort to the east of the city’s historic core. 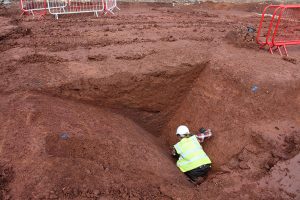 The invading Roman army established a legionary fortress at Exeter in around AD 55. The fortress was complemented by several smaller forts/defended military depots, including at least two on the line of Topsham Road, which was a major supply route into Roman Exeter from ports to the south. After the army decamped for South Wales in c. AD 75, the fortress was superseded by a walled civilian town (Isca Dumnoniorum), which served as the regional capital.

The bus station site lies to the east of Exeter’s Roman city walls and some 0.5km north-east of the main military fortress (now under the Cathedral Green). Sidwell Street, which was the main Roman road entering the city from the east, runs parallel to and 100m north-west of the site’s northern boundary.

The redevelopment of the bus station site will see the demolition of the existing bus station buildings (constructed in the 1960s) and the construction of a new bus station and leisure complex.

Our archaeological investigation revealed two large, parallel, early Roman ditches, associated with a previously-unknown military fort or defended compound. The inside of this fort would have been to the west of the ditches, under the existing bus station buildings.

Both ditches had steep, V-shaped profiles, with deep ankle breaker trenches along their bases. The inner (western) ditch was the largest and deepest of the pair, reaching up to 1.8m in depth; this is likely to have been considerably deeper prior to 20th-century truncation. The fills of the inner ditch indicated that an earthen rampart stood along its western edge. This ditch had a near vertical outer side, which was designed to trap any attackers who got this far, leaving them at the mercy of defenders on the rampart above.

The ditches were cut across by later Roman (i.e. civilian) ditches, which apparently defined the rear boundaries of plots that presumably fronted onto Sidwell Street.

The discovery of another new Roman fort at Exeter demonstrates the pivotal role that the area played during the first decades of the Roman conquest. It also shows just how much of the city’s history can still survive in areas previously considered to have low potential due to damage caused by bombing and extensive 20th-century development. 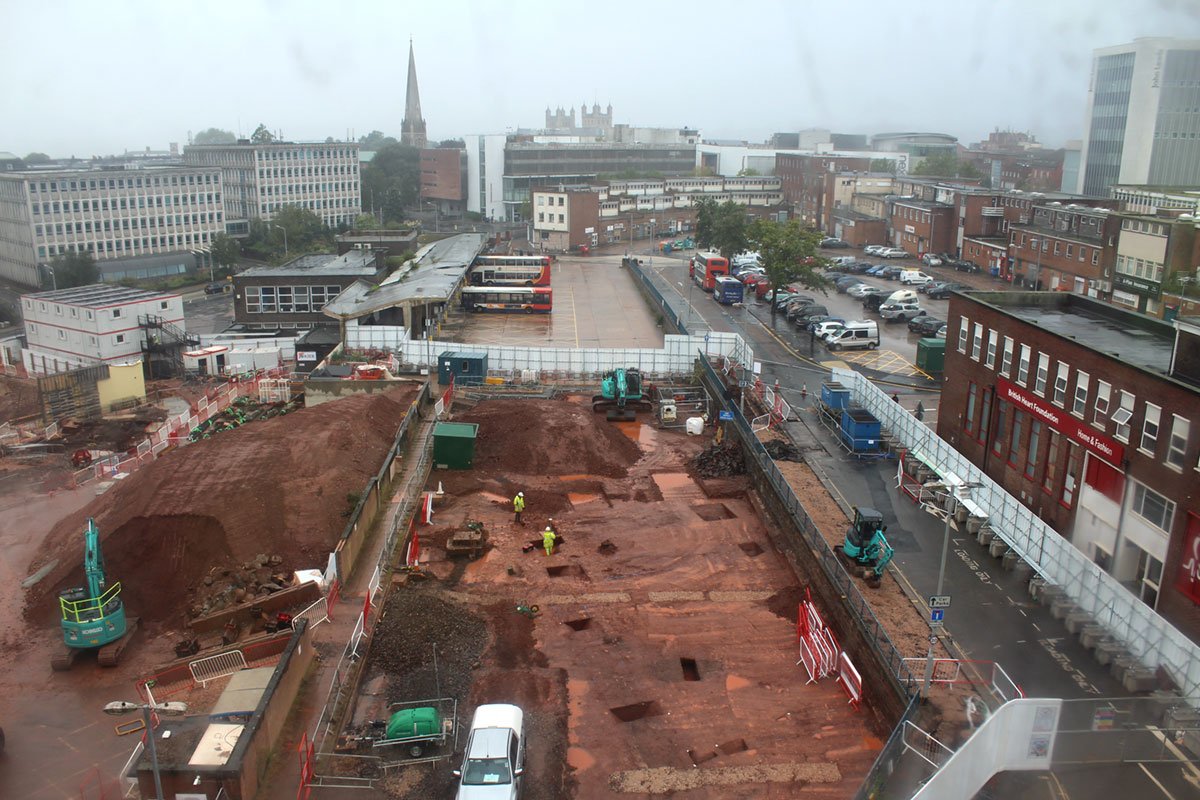