When many people think about archaeology they focus on amazing new discoveries which are totally unexpected – that’s the exciting bit, right? Of course this is part of the romance of archaeology, but it poses a conundrum with modern commercial archaeology as significant and unexpected finds are what developers want least: they hold up the builders and can be expensive to deal with. Consequently much of the work of Cotswold Archaeology is, to use contemporary jargon, associated with de-risking proposed developments (i.e. avoid surprises when the construction work begins). But despite archaeologists’ best endeavours the old adage that you never know what’s under the ground still holds true, as a recent example at the site of a new Aldi supermarket in Andover, Hampshire, shows very clearly. Here a routine watching brief made a most unexpected discovery, but thanks to the generosity and genuine interest of Aldi this story has a highly satisfactory ending. 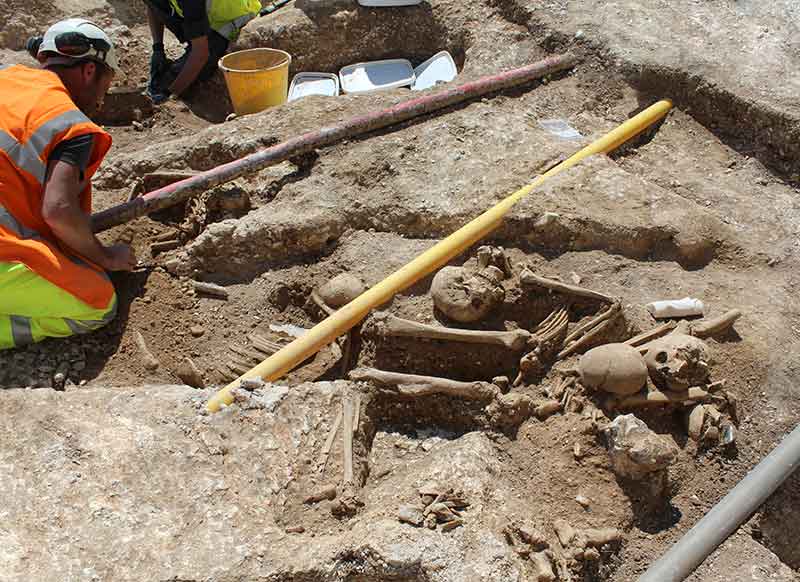 During the watching brief human remains began to be found, laid in graves dug into the natural chalk. In all 124 bodies were revealed, but what was even more surprising is that most were of young men and a number had injuries that clearly showed that they had been executed. Radiocarbon dating demonstrates that the cemetery was in use between c.AD 900 and 1300, and we conclude that this was an execution cemetery established in the Saxon period, but which carried on in use after the Norman Conquest. Perhaps the cemetery lay near a gallows where public hangings and executions took place? In the past justice could be harsh and summarily delivered; we will never know the perceived crimes the individuals buried here were judged to have been guilty of (although history tells us that some might seem by modern standards to have been trivial misdemeanours). This amazing discovery provides a fascinating window onto crime and punishment in this formative period of English history; find out more at Weyhill, Andover – an Anglo-Norman execution. 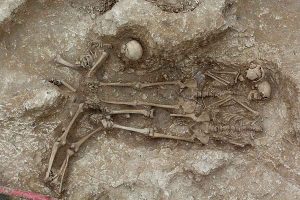 This highlight brings us up to date and we’ve now selected one great project for each of the thirty years of our existence. The Andover dig is a great way to mark Cotswold Archaeology’s 30th birthday which fell on 17 March. If the archaeology we investigate in the coming decades is anywhere near as good as that which we have done over the last thirty years, then being an archaeologist with us in the coming years will be a great career choice.