Starting today, CA will be carrying out an evaluation on the wreck of the London, a 64-gun, second-rate ship of the line built at Chatham in 1656 for the Commonwealth Government under the Lord Protector Oliver Cromwell. This summer divers working for CA’s marine service will excavate three trenches to examine the wreck structure and depositional sequence, and to recover finds. Next year the trenches will be linked together into an area excavation.

The wreck of the London was rediscovered in 2005 during work in advance of the London Gateway Port development. In October 2008 the site was designated under the Protection of Wrecks Act (1973) and Wessex Archaeology, the English Heritage diving contractor, started the process of recording and investigation. From 2010 a group of local volunteers continued to monitor the wreck under the direction of site Licensee Steve Ellis. This monitoring indicated that the seabed sediments were unstable and that artefacts were being lost, which in 2012 led to the start of a programme of finds recovery. The current work is designed to secure the recovery and preservation of at-risk archaeology, and to gain a better understanding of the nature of the vessel structure and deposits that are present, and to assess the scale of the threat from erosion.

The London was famed as being part of the fleet that in May 1660 transported King Charles II to England during the restoration of the Monarchy. In 1665, at the beginning of the second Anglo-Dutch War the London was appointed as flagship of the Red Squadron and was en route to the Hope when she was torn apart by a massive explosion. The event was seen by Samuel Pepys and recorded in his diary entry for March 8th 1665:

“This morning is brought me to the office the sad newes of “The London,” in which Sir J(ohn) Lawson’s men were all bringing her from Chatham to the Hope, and thence he was to go to sea in her; but a little a’this side the buoy of the Nower, she suddenly blew up. About 24 [men] and a woman that were in the round-house and coach saved; the rest, being above 300, drowned: the ship breaking all in pieces, with 80 pieces of brass ordnance. She lies sunk, with her round- house above water. Sir J(ohn) Lawson hath a great loss in this of so many good chosen men, and many relations among them. I went to the ‘Change, where the news taken very much to heart.” 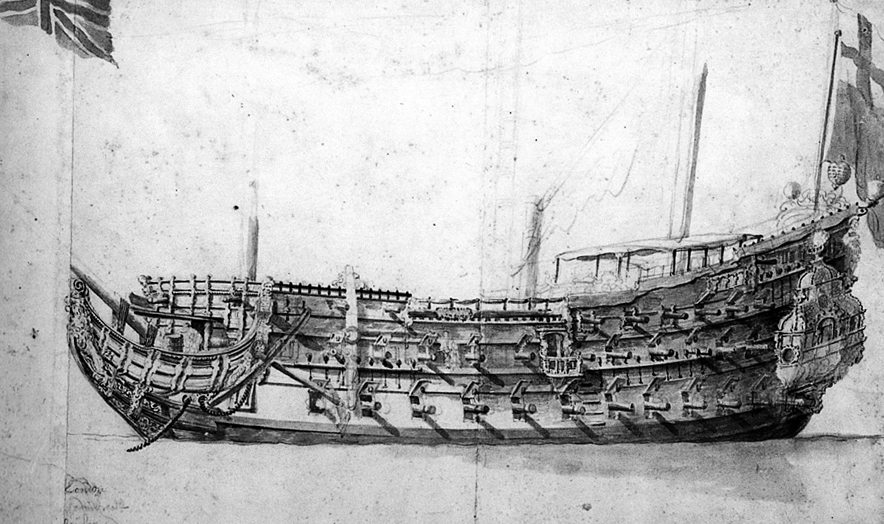 The project is being funded by English Heritage under the National Heritage Protection Plan. The CA dive team includes both professional and avocational archaeologists under the overall direction of CA marine’s Steve Webster.

All diving will be supervised in the field by Mark James of MSDS Marine and Dan Pascoe of Pascoe Archaeological Services, supported by Licensee Steve Ellis and his team.

The project will be working closely with Southend Museum Service.

CA will host a blog on its website and will have links to information on English Heritage, Southend Museum Service and Licensee’s websites. The progress can be followed on Twitter at @CotswoldArch with the hashtag #LondonWreck1665 (all CA diving activities can also be followed using #CA-Marine), and CA’s Facebook page.