On Saturday 3rd August, staff from our Cirencester office returned to Blaise Castle Museum to take part in the fifth Bristol’s Brilliant Archaeology Day, celebrating the Festival of Archaeology and the 75th anniversary of the founding of the Council for British Archaeology in 1944.

We think it’s fair to say that this year’s event was the biggest and best yet, with more archaeological groups, societies and companies than ever before. Thankfully the rain stayed away while the droves of visitors descended. 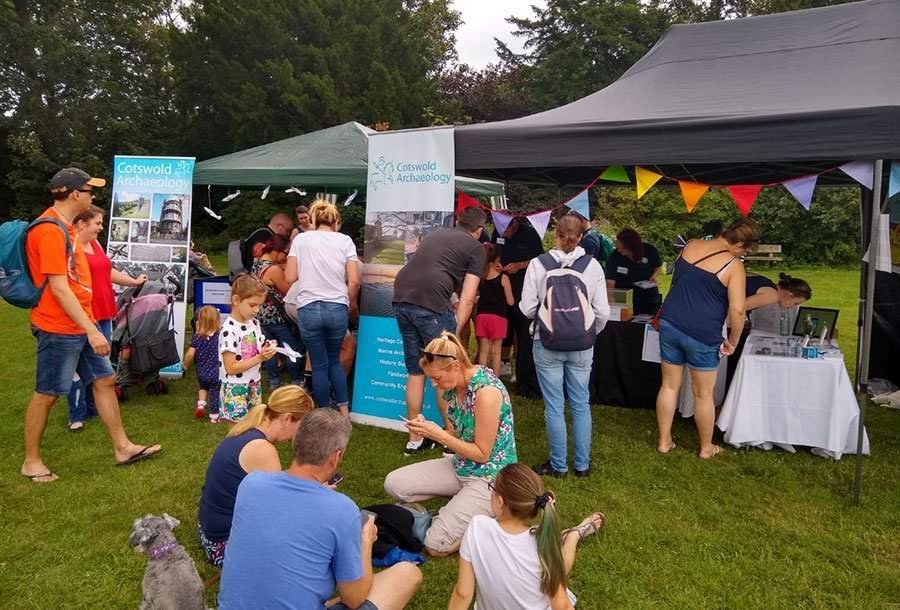 Visitors to the Cotswold Archaeology stand were able to learn about 6000 years of Bristol and South Gloucestershire history! We showcased a variety of finds, dating from the Neolithic era through the Iron Age, Roman, medieval and post-medieval periods. Our ‘Bristol Finds Timeline’ went right up to 1944 to mark the special anniversary.

Children learnt about the important part Bristol played in the Second World War and how our historic buildings specialists investigate and record wartime defences. They were also able to design and keep their own aeroplanes, which proved very popular.

We think some of them could have given the engineers of the Bristol Aeroplane Company a run for their money.