The three weeks digging at Clare Castle have flown by and on Friday we backfilled the five trenches we have been digging across the inner bailey. One of our aims were to try to determine the extent of the cemetery whose presence was first identified in 1951 and which is thought to have been associated with a small religious house founded in c.1045AD and recorded in 1090AD as lying within the castle grounds and moved out in 1124AD. The presence of W-E aligned, ordered burials in every one of our trenches has shown that it was extensive, upwards of 500 burials probably, but has not determined its limits in any but (probably) the western direction and raises questions about its period of use, clearly for longer than the c. 80 years that the religious community was here.

We were also hoping to find archaeological evidence of the sequence of buildings recorded in a wealth of documents to have been on the site in the 14th century. The evidence of falling ground levels to the nearby River Stour, however, suggests that only in the lowest-lying, southern part of the site does a sequence of stratified layers with the potential to provide this evidence survive. The large trench in this area contained layers of demolition debris and structural evidence as well as a large early palisade-type ditch. Across most of the remainder of the site the later medieval horizons have been truncated. Comparison of the levels of the burials in each trench should enable us to estimate the depth of what has been lost. Some building evidence was found near the entrance between the inner and outer bailey where a robbed-out wall, clay floor and the base of an oven was found – again the upper levels were truncated by leveling and these represented the earliest constructions in this area.

A single flint and mortar wall footing running roughly parallel to the southern baily bank did not have an identifiable ‘inside’ and ‘outside’ and may therefore have formed part of an internal partition or garden wall within the bailey.

Finds washing has started on site in the finds tent, which proved very popular with visitors. Preliminary results show pottery mostly dating between the 11th and 13th centuries and consistent with the apparent loss of the 14th century and later ground levels. This will continue in the CA Needham Market office throughout the winter.

This has been an ambitious project but the enthusiasm, skill and dedication of the volunteers who donated 393 days in total as well as the commitment of the Cotswold Archaeology staff has greatly enhanced our understanding of this part of the Castle – the question now is what shall we do next year? 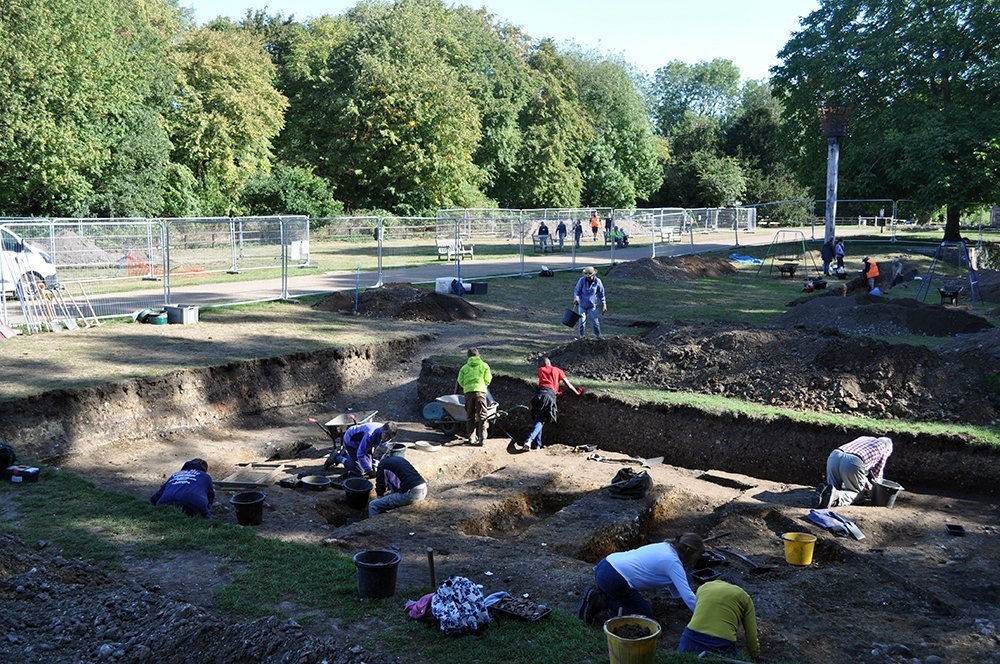