Unprepossessing lumps of rusty iron are very common finds from excavations. As part of the post-excavation process we x-ray these objects to see behind the corrosion.  Usually the x-rays reveal a nail or a fragmentary scrap item, and while all objects have the potential to add to our understanding of a site, individually these objects are not usually very compelling.  Just occasionally, however, x-rays reveal something far more interesting. 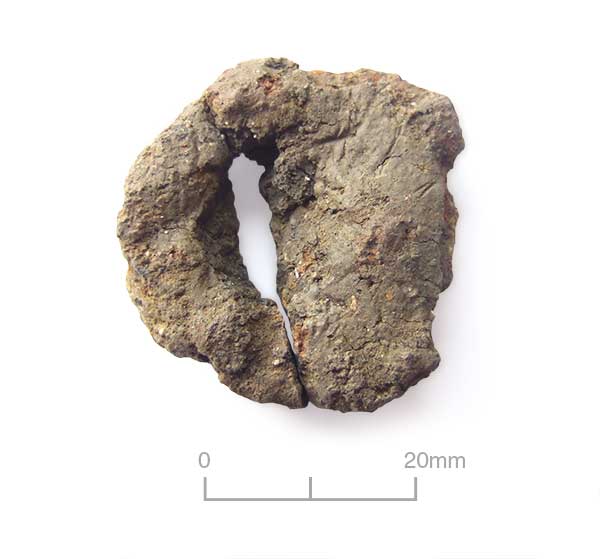 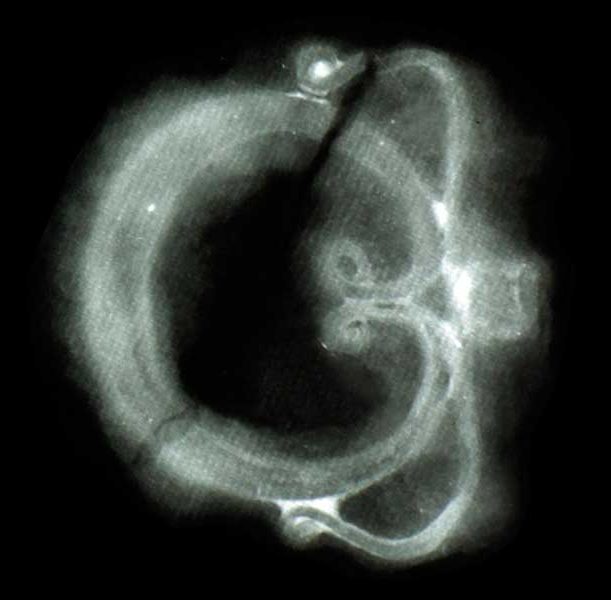 For instance, this very corroded D-shaped object was found on an excavation just outside Gloucester. The x-ray showed it to be an object of complex form, with areas of what appeared to be white-metal plating (tin or silver). A bit of research revealed it to be an attachment from a Roman legionary’s dagger or pugio, probably dating to the 1st-century AD.  Surviving examples of military daggers of this period indicate that these were often beautifully-made ‘status’ items, highly decorated with silver inlay. A find such as this may be of considerable value in helping interpret a site. But only if it is x-rayed!