We have just embarked on our final season of digging at Clare Castle, on behalf of the Clare Castle Country Park Trust, and have an ambitious programme ahead of us, including the excavation of two large trenches, one smaller hand-dug trench and some test pits.  We have a large contingent of volunteers all raring to go after the hiatus of the pandemic!

A key aim is to complete the excavation of Trench 6, which we started in 2019. This has a well-preserved sequence of archaeological deposits representing demolition layers, structural remains and cut features, at least one of which appears to be Anglo-Saxon in date. We hope to find out if the late Saxon cemetery had a formal boundary and to better define a possible structure identified in evaluation in 2013… could it be the remains of a church? If we are lucky, we may even find some prehistoric features at the bottom of the deposits.

We shall also be opening up a trench that was also partly dug in the 2013 evaluation, close to the southern rampart of the inner bailey and within the Scheduled Monument area. We intend to fully excavate the trench this year, and will be hand-digging the remains of a masonry structure identified in 2013 and seeing if we can recover any more of the glazed tiles and coloured window glass that was found.

Our third trench is placed close to one of the trenches we dug in 2019, in which we found burials that had been cut by the steep edge of a very large feature. Although we are confident that this was the pond or moat marked on the 1834 Tithe Map, we are also aware that some of the features in Trench 6 continued into this area, and this will give us a chance to look at those in more detail.

We will hold an Open Day between 12pm and 4pm on Sunday 3rd October so if you find yourself in the area, come and see what we’ve been doing. We will be washing the finds as they come up, so feel free to ask the team what they’ve got. 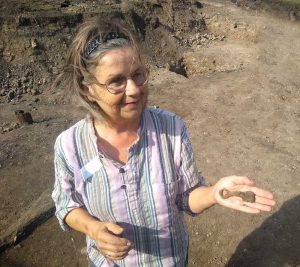 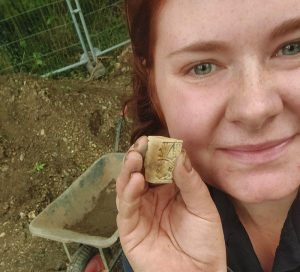 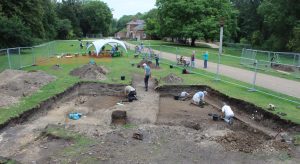 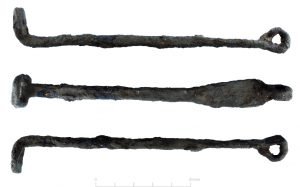 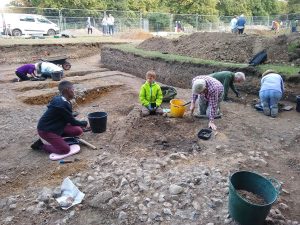 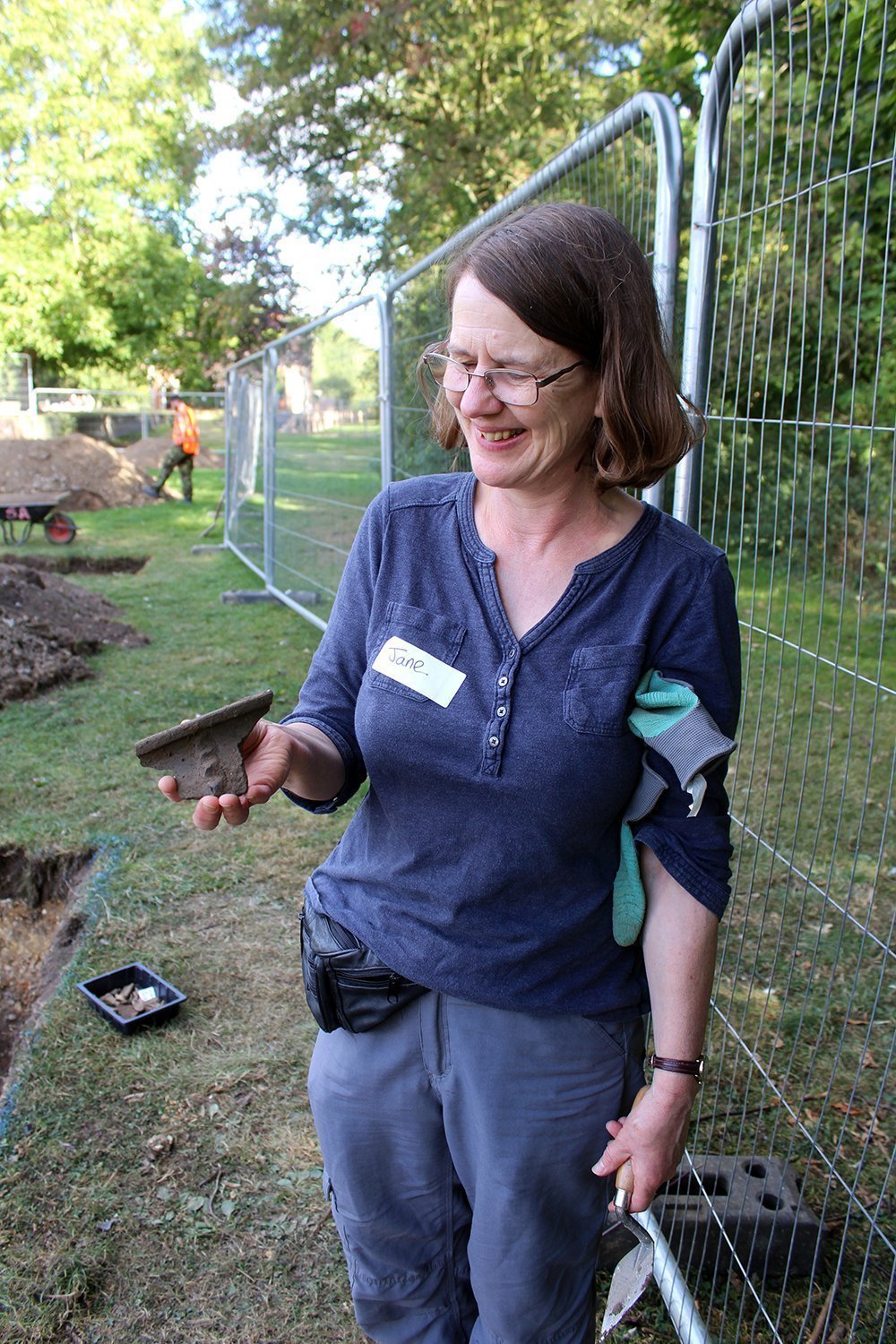 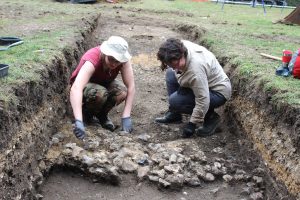