In 2019, CA was contacted by the production company Tern TV, who had been commissioned to create a new series of programmes to be aired on Channel 4, specifically investigating the post-excavation side of sites where human remains had been found.

The cemetery CA excavated in 2016 at Weyhill in Andover was an ideal candidate. The site had all the elements needed for a TV programme.  There was a question to investigate – was this an execution cemetery? And we had a wealth of evidence with which to explore this question – scientific analysis using isotopes and radiocarbon dating had been undertaken, documentary sources exist, and of course we have the bones themselves.

CA osteoarchaeologist Sharon Clough had undertaken the analysis of the bones, so Tern TV asked Sharon to come into the studio and film with the series presenters, Tori Herridge and Carla Valentine. Project Officer Jeremy Clutterbuck, who had led the excavation, was invited to film on location in what is now a supermarket carpark. In fact, the hashtag #carparkdetectives became a theme during production of the series due to the number of sites which are now, or were once, carparks! 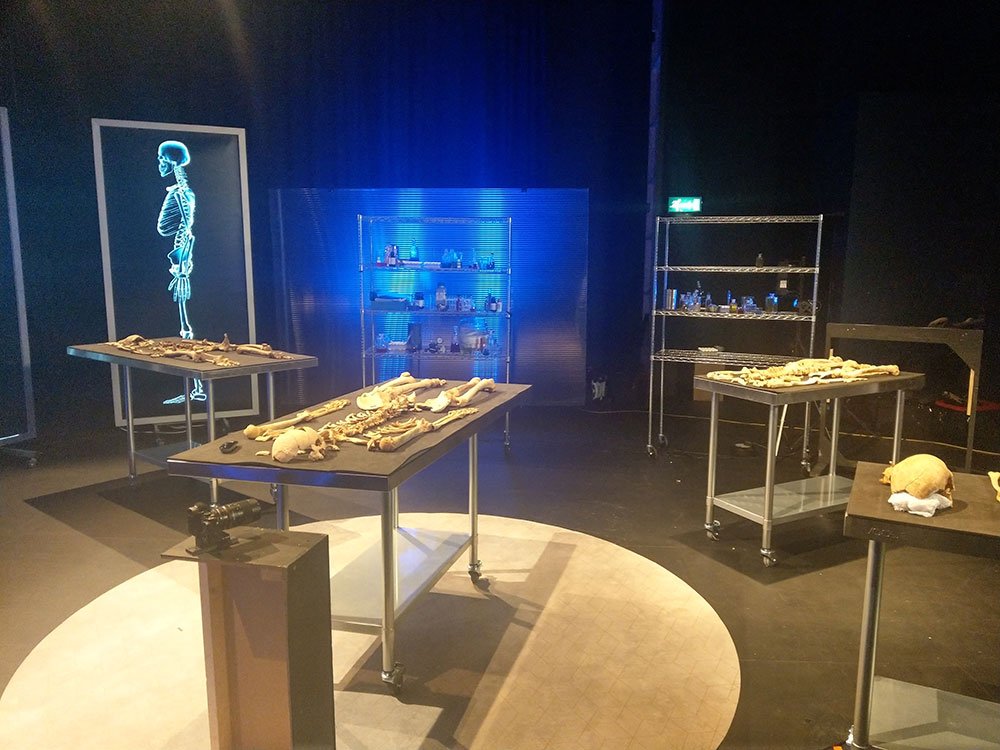 The studio was in Belfast, so Sharon was flown out to spend two and a half very long days filming in July, on what were some of the hottest days of the summer – with the baking weather and studio lights combined, it was unbearably hot! With little prior TV work (except for an episode of Time Team as a digger), this was a relatively new experience for Sharon, with a steep learning curve, although Tori and Carla were very supportive and helpful, as were the rest of the production company.

Taking part in the series provided a fantastic opportunity to present to the public the sobering story of this fantastic site, allowing it to reach a far wider audience than public lectures alone.

The episode will be broadcast on Channel 4 at 8PM on Saturday 25th January 2020 and will subsequently be available on Catch Up. We hope you enjoy the it – watch this space for news about our forthcoming book about the site!